Well, well – it seems I have unlocked the mystery to this whole Red Hulk thing!

This little guy doesn’t have much “Action” to him – but what he lacks in action he makes up in character.  Look at that face!  What is he thinking?  What was the maker of this toy thinking?  It’s made of pure rubber and was made in Hong Kong.  It reminds me of Gumby on steroids.  “Hulk smash Pokey!” 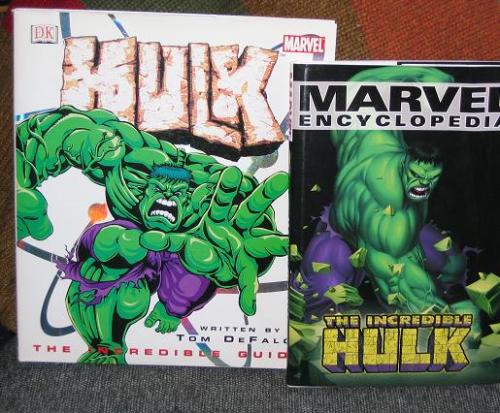 With the first movie out they released two Hulk Guide books.  One released by DK and the other released by Marvel.  The Marvel one seems way too hard to be trying to hype the book – like Marvel does – trying to boost sales (including Hulk #34 and Ultimates #5 seem like cheap gimmicks)  The Guide book deals more with each decade and characters of the Hulk.  It’s geared toward kids more but still useful if you want to know the Jade giant’s past. 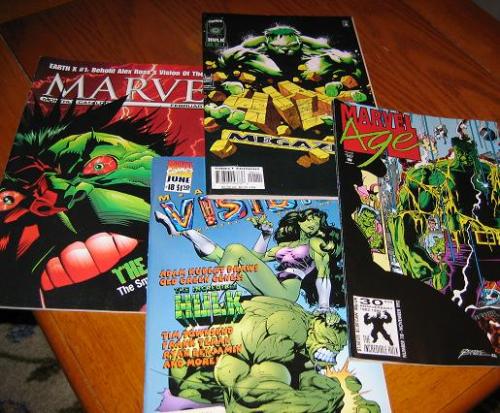 A few of these are excuses to just reprint old comics.  The Megazine at the top reprints #333 as well as some others.  The Marvel Magazine and Marvel Age let’s you know what’s happening in the world of Marvel at the time.  My favorite cover it the Adam Kubert drawn She-Hulk and Hulk cover.