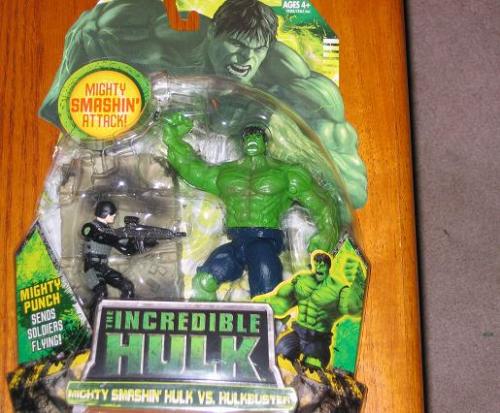 This is the last 2-pack that was released.  It features another Hulk with a hulkbuster soldier.  The sculpt is pretty much the same here as on any of the other figures – but with better articulation than on the Mutating Hulk because he can at least move his waist.  The Hulk’s face is so much better than the image below gives it credit for.  Everytime I see that picture I can’t help but think of Sloth from the Goonies. 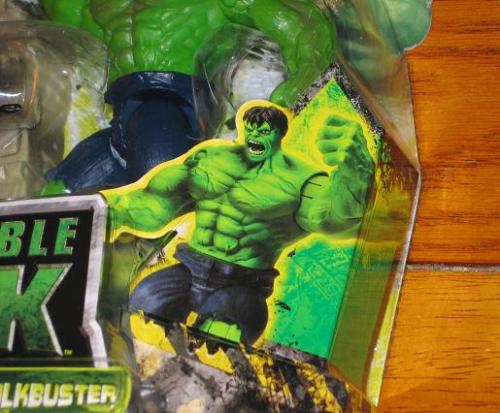 Why does the Hulkbuster look like he’s aiming for the Hulk’s junk?  Is this the only way the Hulkbuster can figure to take the Hulk out?  I can hear the command now “Aim for Hulk’s Johnson!”  I mean, that’s just rude, right? 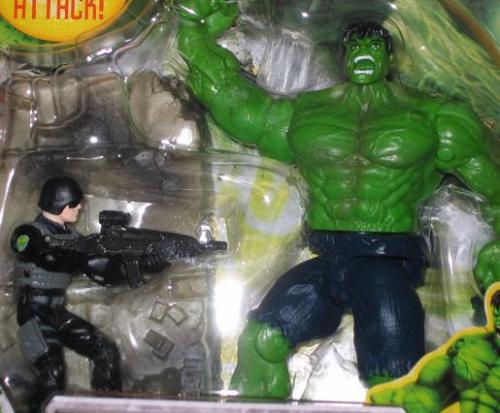