I have this theory about statues and busts that sometimes, just sometimes, a base makes a piece.  This is one of those statues.  Don’t get me wrong – the sculpt on this bad boy is outstanding – but the sculptor, Tim Bruckner, really hit it home with the base!  My word – Wendigo is sitting on top of a mound of human skulls!  The best bases help tell the story of the character – and that’s exactly what this does – Wendigo, whose first appearance in Incredible Hulk #162 launched a popular new Hulk foe, but his most defining story and reality of his depressing origin is in the trilogy of #180-#182, also known for the first appearance of Wolverine. 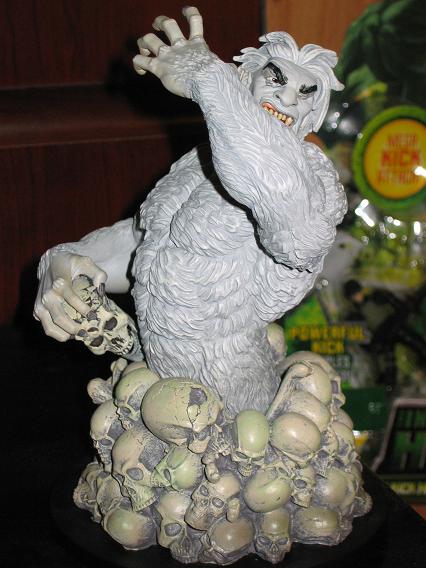 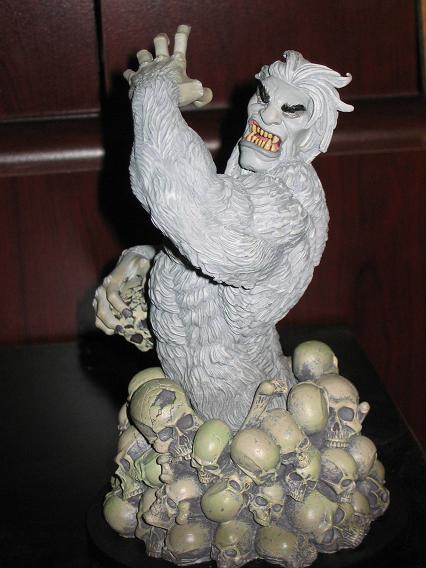 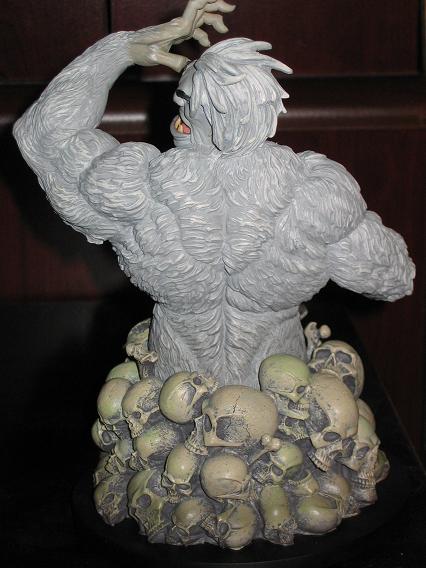 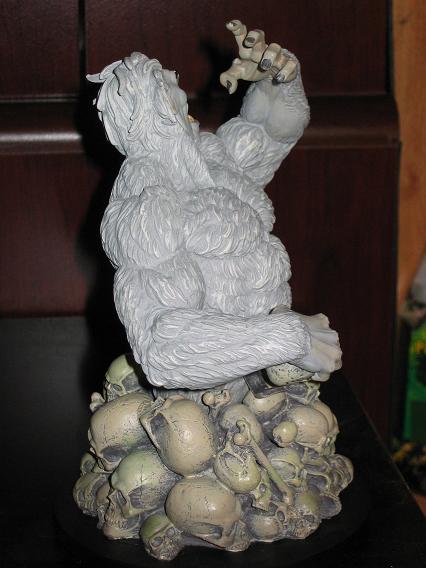 This run is still pretty available on ebay and other sites and prices vary – but I was lucky enough to snag this through a great friend – but you should snag this when you can because it has a small run of 1000 (my bust is #462).  Maybe 1000 isn’t too small – and actually might be too big because he is a pretty obscure villain.  Thanks to Loeb the great history of Wendigo has now been altered and thrown away – because now there is Wendigo hybrids!

I think I knew one of those guys on the right...

So, all in all, this is one of those busts that made me smile when I opened it.  If you don’t know the origin of this great character do yourself a favor and pick up the back story.  They have collected it in enough trades by now it’s easy to find.  I don’t want to give away how Wendigos are created but let’s just say it’s a curse – and a Canadian curse at that – so it’s doubly scary!

This entry was posted in Hulk Statue/Bust, Wendigo. Bookmark the permalink.