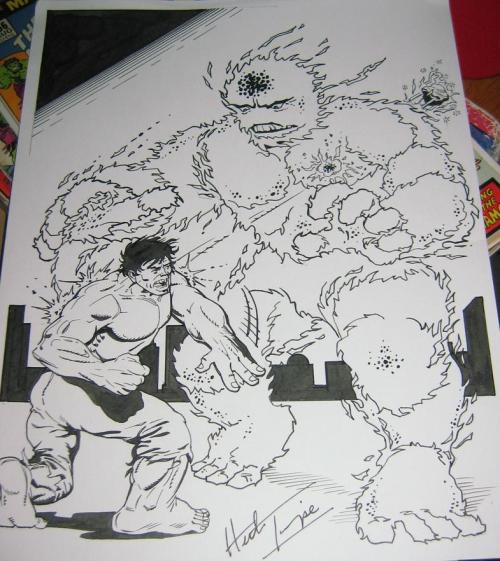 Hulk vs Zzaxx - sorry Hulk but a boulder isn't going to stop him!

Looks like Monday and Friday posts won out!  So let’s start the new format off with a bang!  There was no way I was going to let  October’s Boston Comic Con go by and not get something from Herb Trimpe – who is supposed to be attending – but when I inquired about a commission to be done for the event, Herb’s new rep (quite a friendly and helpful chap) said it might be better to get one done just in case Herb doesn’t make it to the Con.  For the love of all that is jolly green, Herb, please make it to the con! 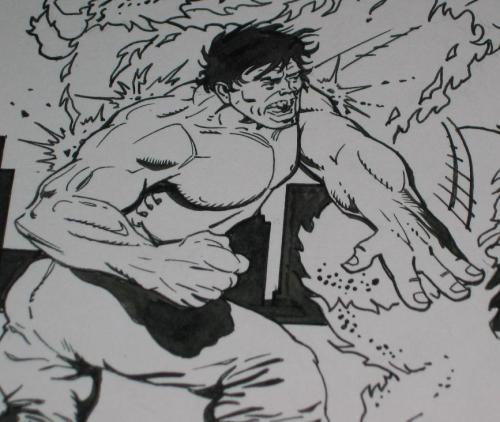 I couldn't ask for a more classic looking Hulk!

Anyways – I asked for an inked Hulk vs. Zzaxx piece – why? – oh I’m not sure, because Zzaxx is freakin’ awesome!  Because he’s cool as hell!  Not to mention I was skimming through some of my old issues and it was one of the first that I came across when emailing Herb.  Well, Herb did not disappoint!  Take a look at this masterpiece!  How amazing is the detail that this guy can create?  I will say – this is one of my favorite new commissions!  This may be even in my top of all time! 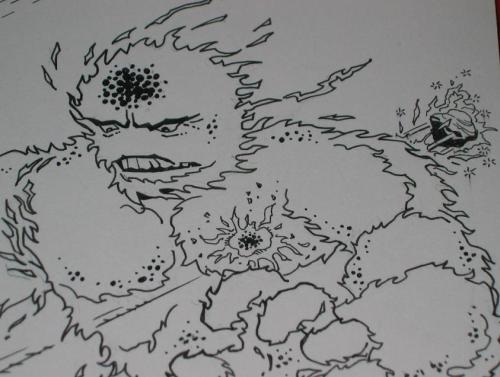 Also, Herb’s rep said it was okay to send along a few comics to get signed.  Now, I’m not all that into getting comics signed – for one, some collectors considered a signed comic as a flawed comic and therefore not worth as much, and for two, some artists charge for signatures and other sellers over charge for signatures – the whole business leaves a bad taste in my mouth.  BUT – Herb was offering to sign a few comics and I have a few reader copies that I sent along – here they are, tell me what you think of my choices: 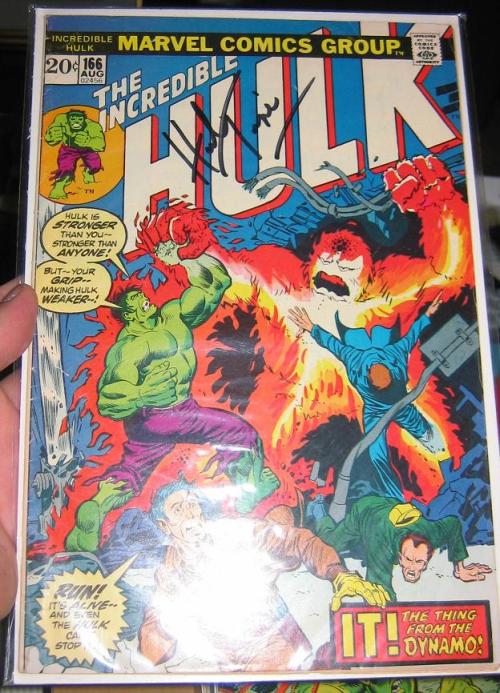 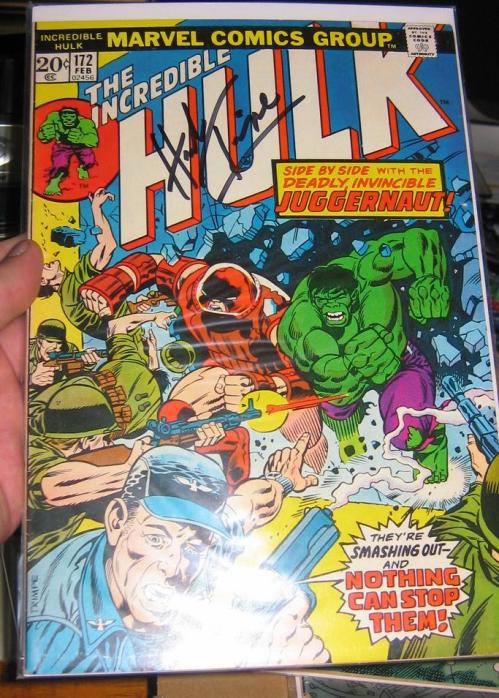 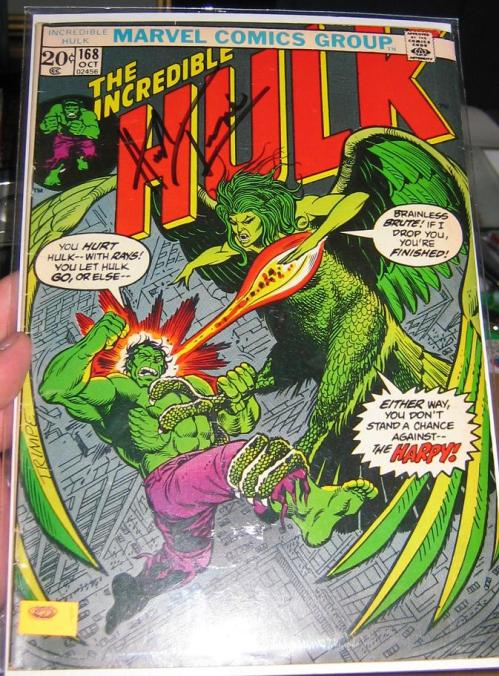 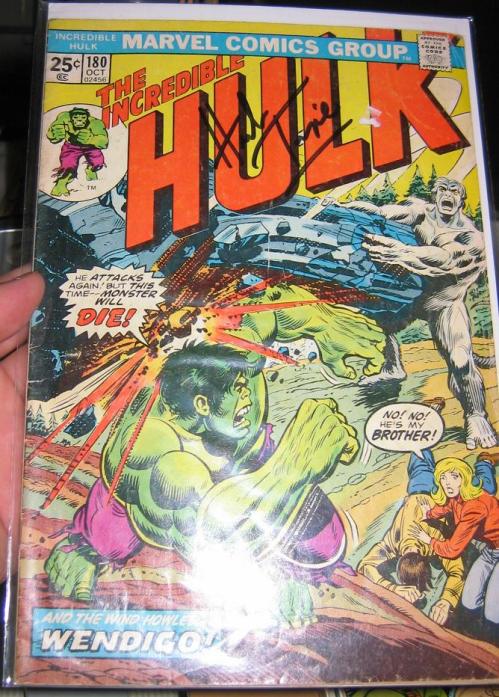 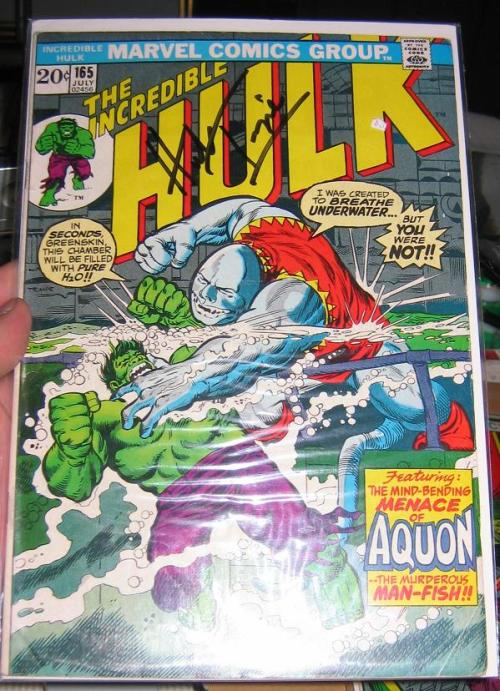 And of course... AQUON! Did you have any doubt?