In Honor of the First! 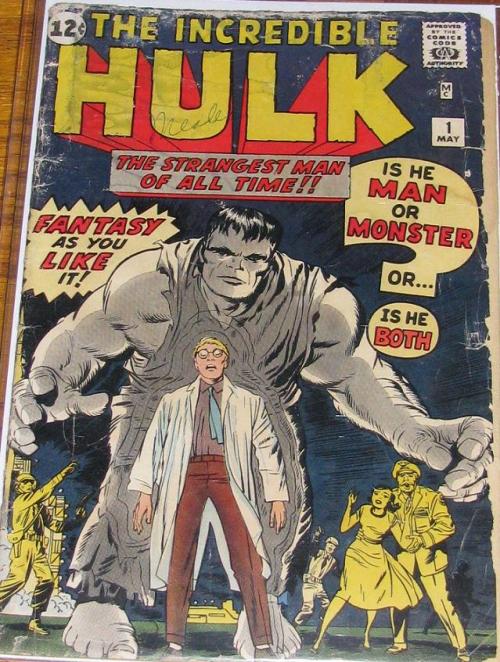 I love my TIH #1 – it is the jewel of my collection, I love it more than the air I breathe.  It’s true… But this is not the only #1 in the collection that features the Hulk – so here is a gallery of the #1’s that every Hulk fan should have!

That’s right – Avengers #1.  One of the best, classic and important books in the MU.  Now onto some covers you haven’t seen yet on this site!  First, a bit of history… 1999 was a desperate year for the Marvel heroes – and in an attempt to again grasp their once huge sales they re-numbered their titles – and here are the #1’s from that era.

Now, there are a few other #1’s that deserve some notice: 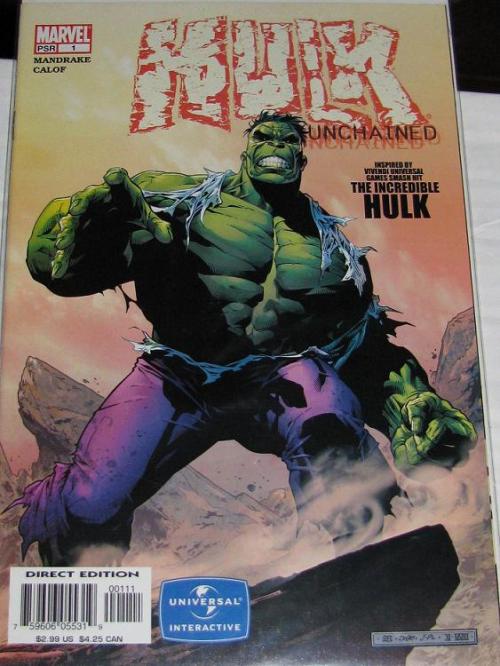 Now – more kiddie friendly comics, I’m sure everyone is familiar with the Marvel Adventures titles – and here is the Hulk #1 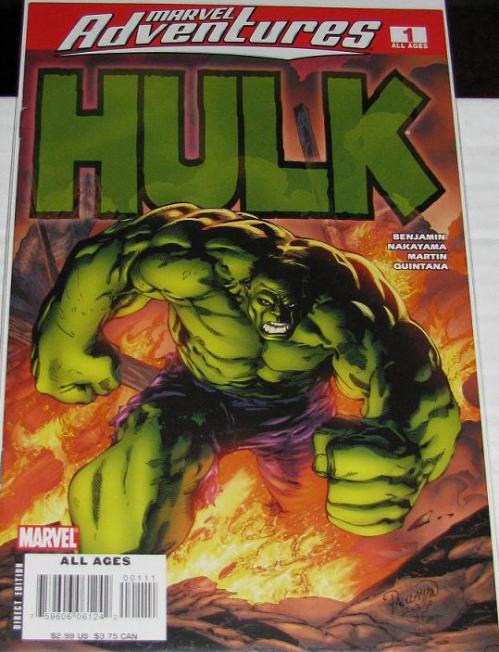 But before these hit the stands – back in the 90’s Marvel released the Marvel Adventures title before – but the Hulk wasn’t featured in each issue.  He did, however, appear as the first hero featured to launch the title!

Now – Here’s a #1 that’s not a Hulk!  But Hulk plays such an important part of the series!  It’s Heroes Reborn: Iron Man #1 – the Hulk variant!  I love this cover – much better than the original, regular cover!

Of course the heroes would eventually return to the 616 Universe – and the re-start of the Avengers had a variant “sunburst” cover that featured most of the original members… and Cap.

Speaking of the Avengers… and it’s original Members!

Or how about some reprints?  Marvel LOVES to reprint their older stories, for instance – Upper Deck had a re-print of TIH#1 (1962) with a pretty interesting cover:

And last but not least – a re-print of the first 6 issues, collected in one book, re-coloring the original Grey Hulk as Green.  Released in 1982 – The Incredible Hulk: 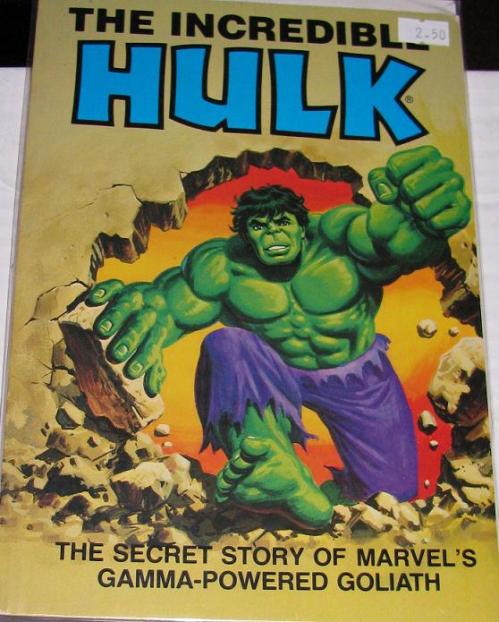 So, I hope you enjoyed the special treat I prepared for you Hulk fans!  Here’s to having a great 2010 – and I will be back on Monday with Hulk collectibles to make you guys drool!  HAPPY NEW YEAR!