Alright, I read this almost a week ago so… if it’s missing something please let me know.  Now, last time we saw Hiro, Galactus had delivered a smack-down and left his right side a little… crispy.  Hiro was on his way to see his brother – and on the way he is”beamed” onto Jarrella’s dying world where the people are still honoring the Hulk.  The pray to him, hoping for his return to save their world.  But the Psyclops have another idea – and that is to destroy the remaining people there – ingesting their souls.

Hiro breaks free from inside of the Hulk statue and, using the Old Power, he begins to destroy the Psyclops.  By the way – I’m not so sure I’m a fan of the new look that the Psyclops have.  No legs or feet – they seems to fly through the air – I much prefer the skinny arms and legs.  A probe from the HMS Endeavour has seen the Psyclops invasion – and when reported to Princess Marionette she frantically tells her Commander – who could care less.

The Psyclops continue their raid and try to get into Hiro’s head – which is a mistake – because Hiro releases his rage and not only destroys the Psyclops themselves but the mother ship as well.  Hiro’s can feel that he is on the world that his Brother inhabits – but he also knows that the world he is on is microscopic in turn… this miniseries seems really interesting – I enjoyed the first issue and will be waiting for the next issue to see where it leads.  Grade B+ 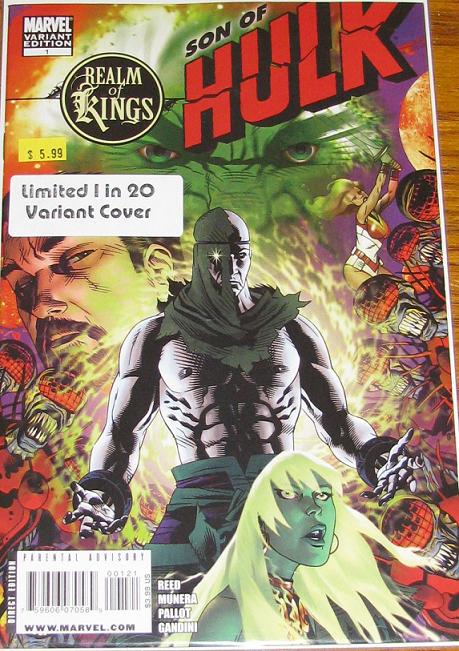