Day 13?  How is it we’ve gotten this far and I haven’t shown #400?  Keown’s last cover!  The day he left a million Hulk fans wept… and a million more just bought PITT… every 6 months when it actually came out! 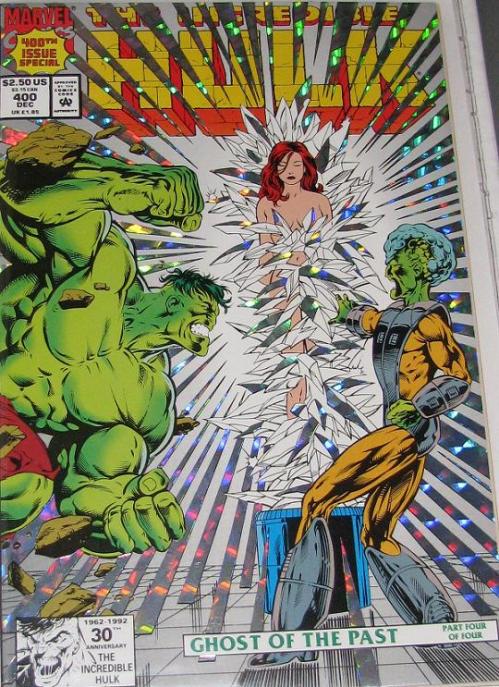 Posted in Hulk Comics, The Leader

Here we have another TRU exclusive. They just got these in at my TRU – and I was there to get it! I gotta say – I love the little details in this 2-pack! The WWH is fantastic! He has the silver arm – the crown, the leather garb he had in the storyline… but the awesome part of this 2-pack? It comes with a Stretch Attack Mr. Fantastic – who has a HUGE strecthy arm! I was surprised when they put these 2 in the pack together – much like when they released the Doom/Hulk 2-pack – but this is better than any other combination – mainly because Reed seems to get too much of a pass on his contribution on sending the Hulk into space. Maybe this will remind people that Reed isn’t as Fantastic as he should’ve been!