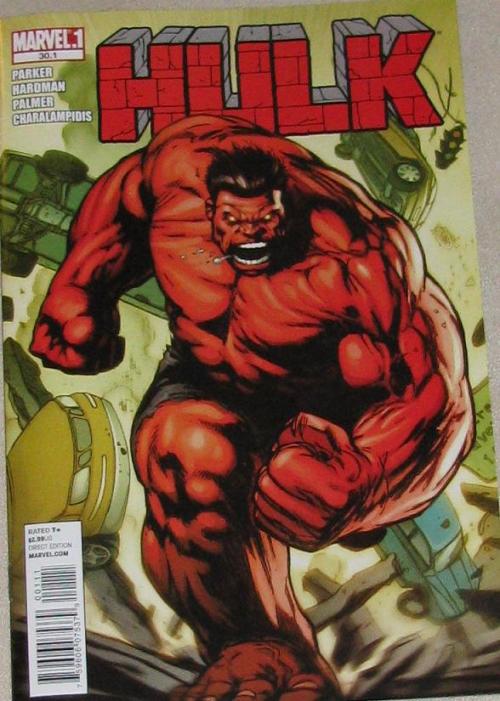 Alright, I found some time to write the review for Hulk #30.1 – Marvel is doing issues with the .1 numbers for anyone interested in jumping into reading certain series.  Hulk is lucky enough to be one of those titles.  Of course the first page they summarize the series thus far.  Of course they don’t mention that the first part of the series is pretty much a waste of time and an embarrassment to Loeb’s legacy… so I graciously added that here 🙂 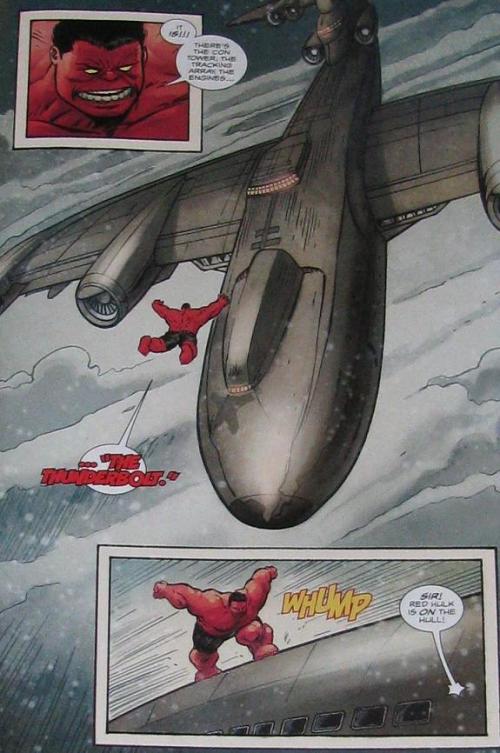 Anyways, Parker starts this issue with the Red Hulk being hunted down by his own airplane – and, basically, his old team of Hulk Busters being led by a spunky, two star General called Reginald Fortean.  Fortean comes out swinging blasting the Red Hulk and calling him out “High Noon” style, telling him to surrender or he will find him and kill him.  The real kick in the nuts to Red is this:  They think Red KILLED Ross!  And that’s why Fortean is so angry!  That’s kind of hilarious! 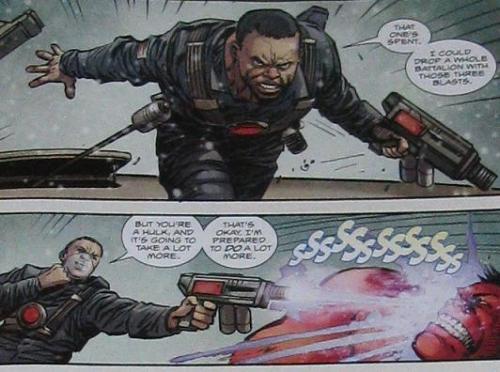 Anyways, Red goes to meet Fortean at the place he is to surrender and he’s ready to battle.  He wants Fortean to have his fight – Ross respects him as a soldier.  Only Red is in deeper than he knows.  During the fight Red tries to tell Fortean that he is in fact Ross – and not to start the ultimately losing battle of trying to stop the “Hulk”.  Fortean doesn’t hear a word of it due to a malfunction in the suit he is wearing and he sets off his secret weapon.  Microbots that are in Red’s head – planted during their first meeting.  These Microbots planted micro-mines that will melt Ross’ brain should he transform back to human form.  Fortean: 1 – Ross: 0 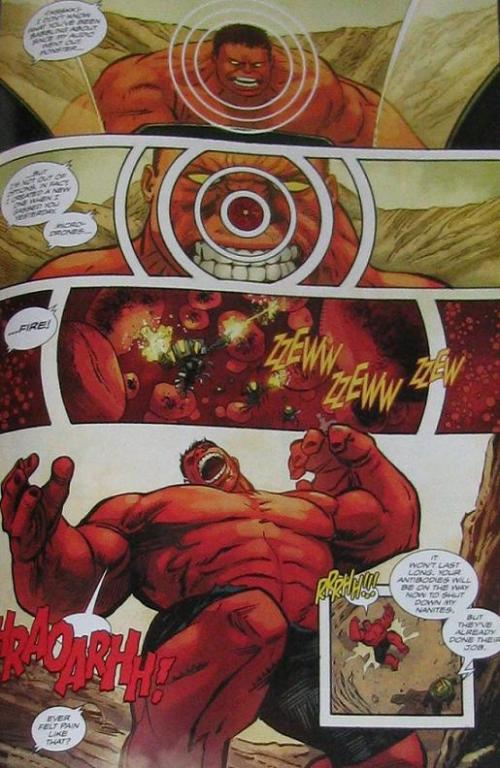 Ross is now on his own once again.  It seems like we are on a NEW era… again.  I don’t think Red will be working for Banner and Rogers anymore – and that’s good since the continuity with the 2 books is all screwy!  How did Banner have time to give Ross orders when he’s been so busy in his other book!  I remember guest shots and continuity from the old days – they made it work both in the series and in the ultimate continuity.  Today’s writers, I don’t know if it’s that they are too lazy, just don’t care, don’t think it’s important, consider it a pain – what?  I have no idea!  Maybe it’s the editor’s fault… or maybe we should blame the “Architect of Marvel” Bendis.  Either way – this issue gave me a  genuine thrill – one that gets me revved up to read where Parker is taking the series next.  Grade: A-