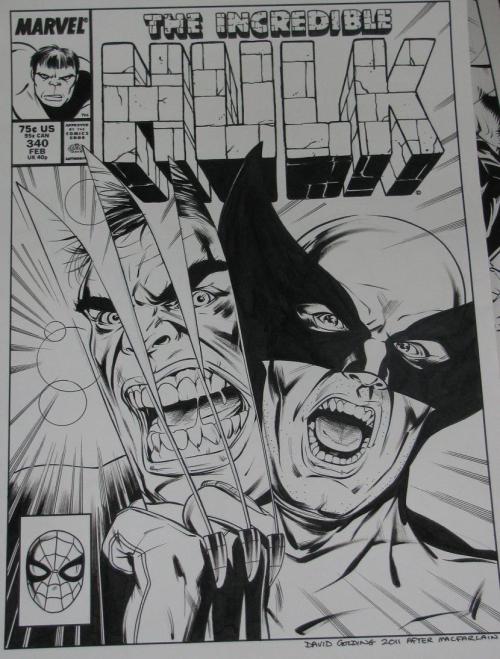 Let’s all admit it – this is one of the best covers that McFarlane did – and he did some great covers!  I’d even go so far as to say that this is one of the best Hulk covers ever done.  It’s just so inventive!  I wonder if this was soley McFarlane’s idea or if it was a collaboration?  I do know that McFarlane gave the original piece of art to PD – as it was David who convinced the X writers to let him use Wolvie and McFarlane really wanted to take a crack at drawing the Canadian berserker.  I also know that David no longer owns the page – although if you find the original you can see at the top Todd wrote “To Peter – Thanks!”.  I don’t know the story behind what happened with this page – but I would LOVE to know!  I wonder of Gary has the low down? 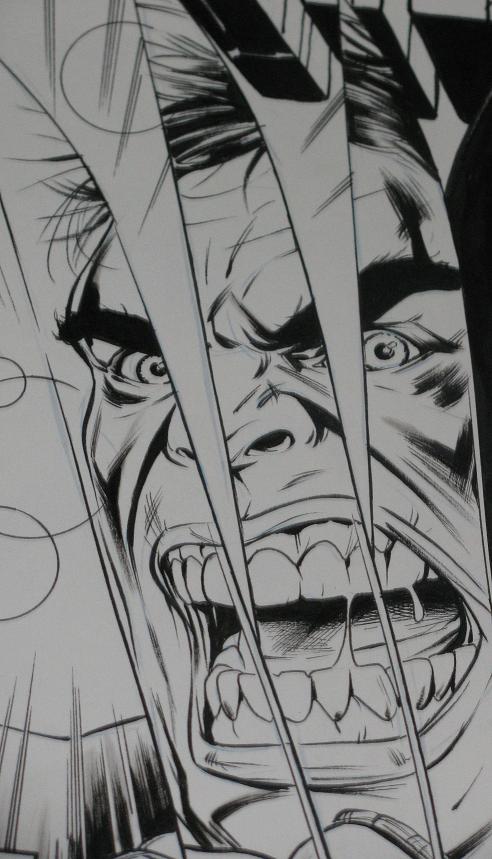 People were not dissapointed, and as such, this cover has been re-done and re-drawn many times over.  Homage after homage appear – and while Golding gives McFarlane credit – his rendition reminds me more of Queseda’s homage that appeared on Wizard #157. 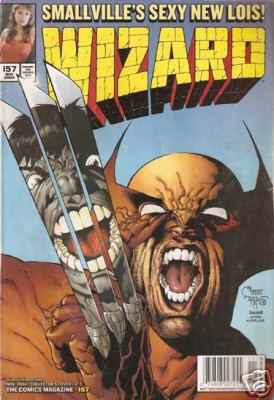 One thing Golding did was give credit to McFarlane – only… he’s obviously more of a fan of his art than the man himself – as he spelled his name incorrectly.  “Macfarlain” is close – but no cigar.  Not that I am complaining mind you – it sorts of adds a certain amount of charm to the piece.

Macfarlain? Is he related to Ford Fairlane?

One of the more impressive things to see on this piece is the title and number box at the top.  It is not cut and pasted on – but instead it is drawn and inked right onto the page.  I love the way he drew the Hulk in the little box too – and strangely – it’s very different from the Hulk that’s flashing in Wolvie’s claws. 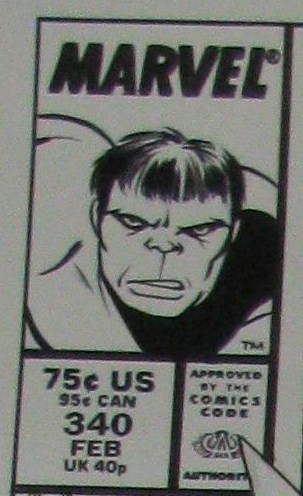