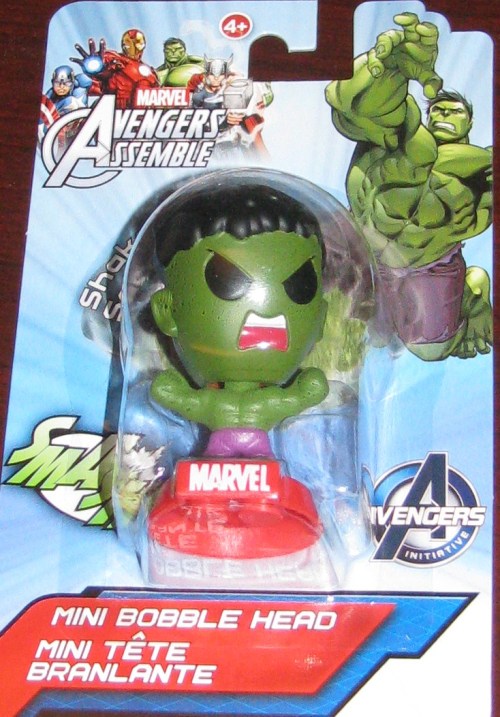 Haven’t heard much from the Grab Zaggs line much… in fact I pretty much assumed it was a two trick pony with a Marvel and Avengers release… and then that is it.  But it seems they decided to do a bit more with the mold instead of just tossing it – they released this cheap little bobble-head figure.  My wife picked this up for me when she went out shopping.  It’s kind of cool.  Not sure there is much to be said more than that!