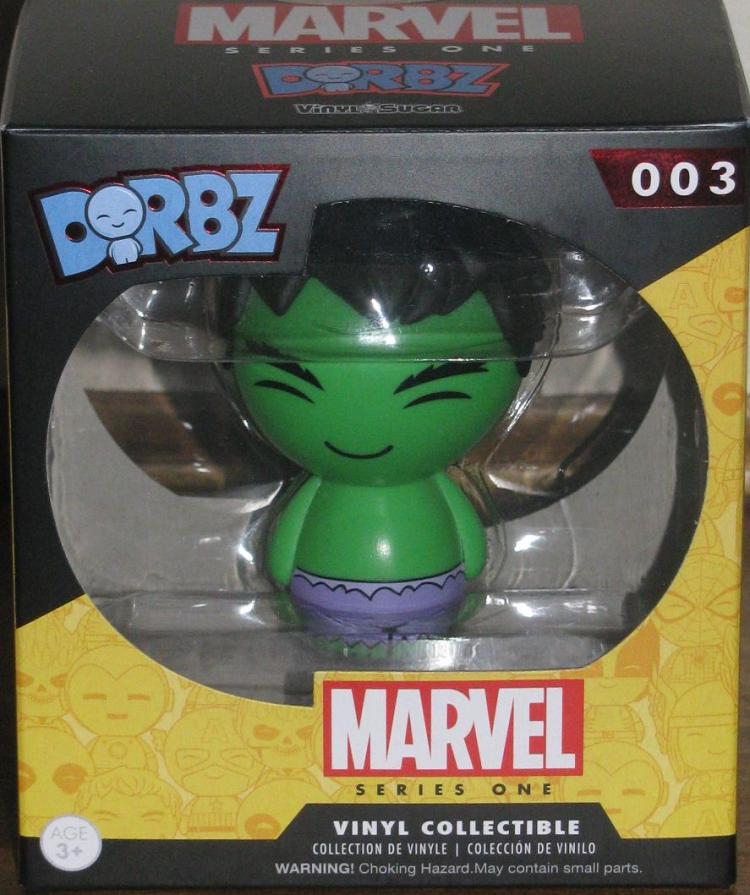 More and more unique Marvel figures are popping up on the scene.  Shockingly, even some NOT produced by Funko!  There are quite a few imported pieces making their way on eBay – but this post is about one of the new series of figures littering the shelves this side of the pond.  Dorbz are cute, happy versions of your favorite Marvel heroes and – BONUS – they don’t sport the bobble head feature!  Since Mighty Muggs most of the figures produced have had a spring in their neck that make them sort of pains in the neck!  I’m not sure how Dorbz has gotten away without making their noggins mobile but I am glad they did!

the figures themselves are pretty standard with no articulation or fancy paint jobs.  Their major draw might be in their simplicity.  Each Marvel hero sports a squinty-eyed ear to ear smile and bowling pin type body with tiny feet.  While this series may not be for everyone some of the figures are really hilarious and too good to ignore.  Who has seen the smiley Ghost Rider?  There is a Red Hulk exclusive that runs a pretty penny – but since that character sucks there is no real reason to pay a premium for him.  All in all, this is a niche series of figures – worth the $8 for the fancy window boxed Jade Giant.