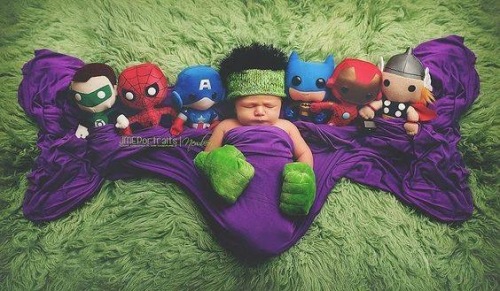 Granted, more people know about comic book characters than ever before.  Housewives are now aware of more than just Spider-Man, Hulk, Captain America Batman and Superman – but that’s still no excuse to mix the two.  Especially if you’re going for a themed picture!  It does matter people!  You can’t just throw random stuffed heroes into your picture and not expect backlash when you don’t do enough research to find out who goes with who!  It’s just plain lazy!