It is a rarity to have variants from two different sets right on top of each other like this but the latest Marvel Legends Abomination figures have been released – so let’s see which figure is worth the bucks! 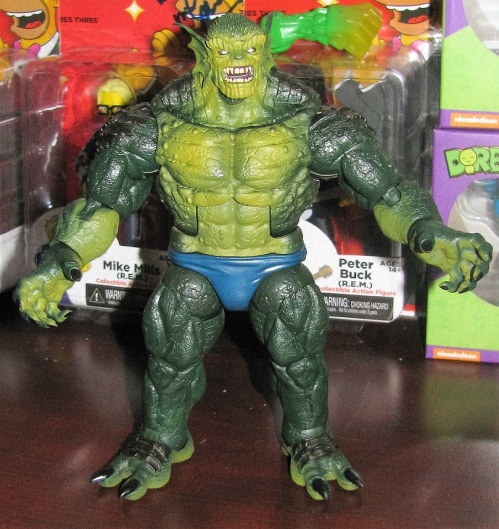 There is a Build-A-Figure in the latest Captain America Marvel Legends wave and it is pretty impressive.  This classic inspired sculpt is large, bulky and amazingly well done.  In the same breath Marvel also released a San Diego Comic Con exclusive Abomination in “The Raft” set along with Dreadknight, Enchantress, Purple Man, Sandman and, of course, a Spidey figure as well.  Which one is better?  Well, oddly it is the figure with a less detailed paint scheme.  While the BAF is very cool looking and I appreciate the fact that they tried to give the Abomination a distinct look it isn’t one we’ve ever seen portrayed in the comics.  The lighter paint on the belly, face, hands and feet certainly gives it a more reptilian look – which lends itself to a more obvious presence – but it just doesn’t scream out Abomination! 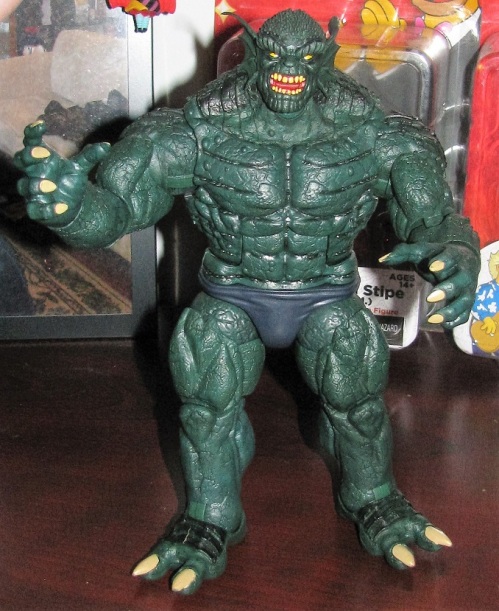 The exclusive, which is darker without much paint variation at all, is the better of the two figures.  Even the lighter color on the nails – unlike the black nails on the BAF – looks better!  From there, the toys have very little difference.  I am shocked that both figures are relatively affordable on the secondary market right now.  The better figure of the two, the exclusive, is the less expensive one as well.  If you’re looking to just pick up one of them I throw my hat into the ring for the exclusive all the way!

Now, the other question is: How do these Abominations compare to Marvel’s earlier releases?  The 2006 Abomination is larger by a hair, which makes the difference of being a bit taller than the Hulk – as he is supposed to be! You also have the option to form his claws into fists – a detail lacking in the most recent offering – not to mention the obvious articulation is far superior.  It also has a variant that cannot compare – a “melted face” version (pictured) that every Hulk fan out there should have on their “must own list”.  While I enjoy the face sculpt a bit more on the recent figure and I feel the old head mold is a bit too small for the humongous hulking body the truth is that the 2006 Abomination is easily the better figure. 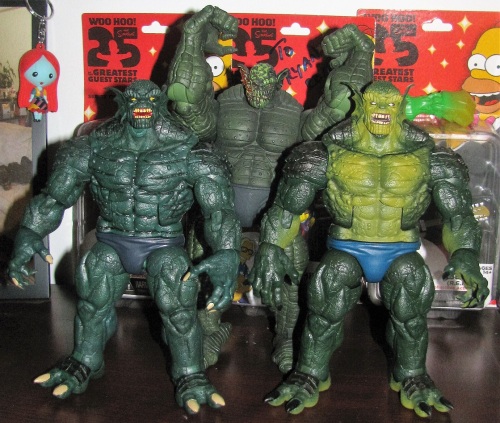 What about the Marvel Select Abomination, you ask – well, as big and heavy and impressive as that figure is the oversight of including a five toed foot rather than the trademark humongous two toed clawed feet.  That ONE reason alone disqualifies the figure from the running of best Abomination figure.  Sad but true because otherwise that would be the tops!