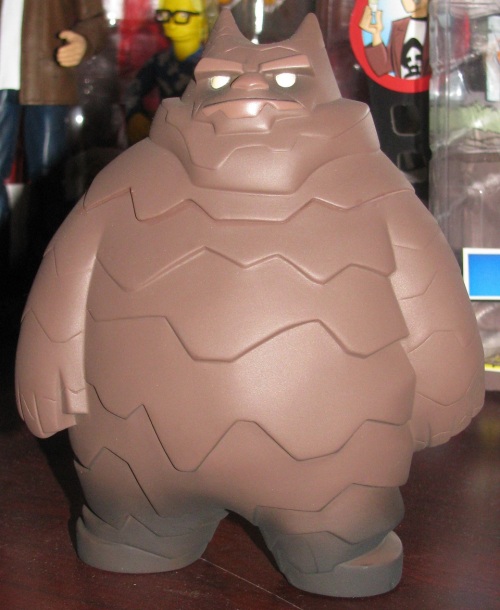 Kevin Smith still has made some of my favorite movies to re-watch.  Dogma is not only a funny movie but absolutely brilliant in it’s questioning of the idea of organized religion.  His story about joining the protestors who were picketing his film is absolutely hilarious!  I loved the inaction figures that were released for his movies – while I didn’t pick up most of them I did pick up a few.  While on one of my trips to New Jersey I found the Golgotham, the poop monster from Dogma.  It was a hilarious moment and easily one of the more memorable from the whole film.  I could not in good conscious leave this still sitting on the clearance rack.  It’s new home is in my office where, thankfully, it doesn’t try to kill me or even stank up my room too bad.