There are quite a few Ghost Rider figures – especially in the Marvel Legends line.  Each new release they seem to get better and better.  While I never picked up the early figures I took notice of how well Toy Biz and then Hasbro was doing with every subsequent release.  The fire aspect of the figure has especially improved leaps and bounds!  When they started using translucent plastic the figures became a thing of beauty!  I contemplated picking up the blue flame Ghost Rider from the Terrax series but never did.  They also did an orange version that looked pretty great but I still never pulled the trigger.  It wasn’t until the Rhino wave when I finally bought Ghost Rider.

That seemed to be somewhat serendipitous as it was this latest figure that they used to give us the best Ghost Rider figure to date.  Using both the translucent plastic for the flames and a brown wash that makes the skull look like real bone  this figure is hard to ignore!  Every Ghost Rider figure, by the way, should always come with a motorcycle.

The unfortunate part of the Rhino series figure is that it came with no real accessories to speak of.  This not only comes with the motorcycle which can be displayed with the large flames or none at all but it also comes with a flame laden chain that Ghost Rider can whip around.

The articulation is superb on this figure with the added bonus of the moveable jaw.  I am so happy they continued to offer that feature on the figure because it just makes it that much better!  I much prefer the new light blue paint on the leather outfit than what they offered in the past. 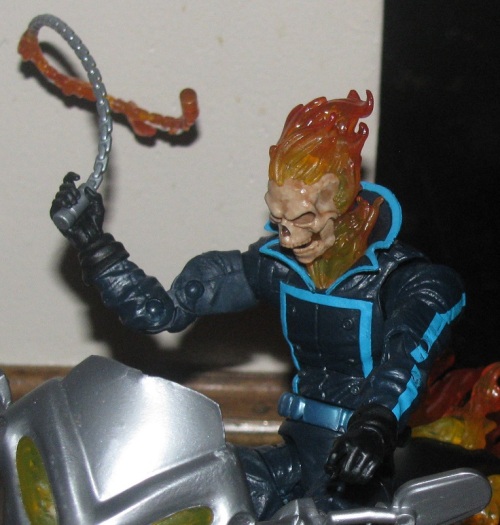 I think you should go out and get this figure – this could certainly replace all the other figures you have in your collection. I’m not even sure they improve this figure as this might be the best offering ever! 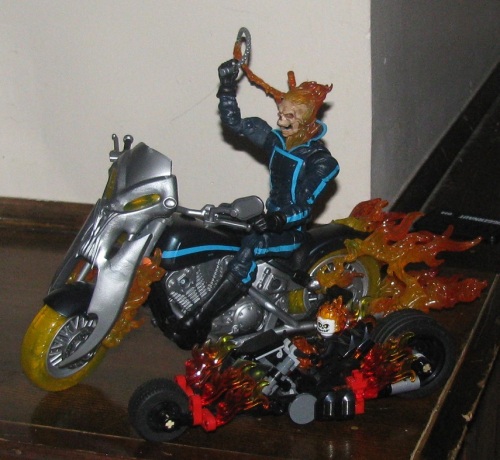 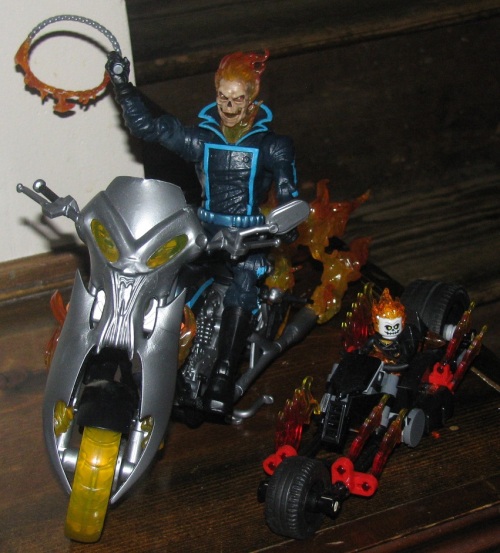