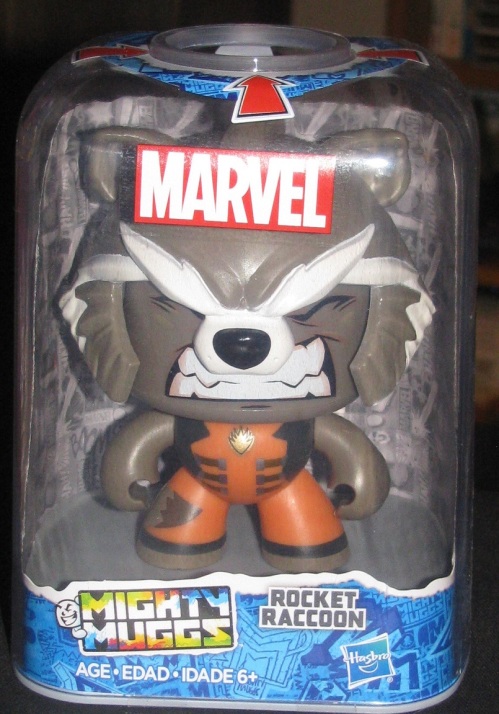 My friend told me that once, a while back when Mighty Muggs was first released, he imagined these figures to be the next huge thing – and they certainly could have been – but through a set of unfortunate circumstances this line was cut short.  Then, of course, they released the new version of Mighty Muggs with a regular and mini version.  They were released once again but with more alterations to make them micro.  A sad ending to what could have been a great series! 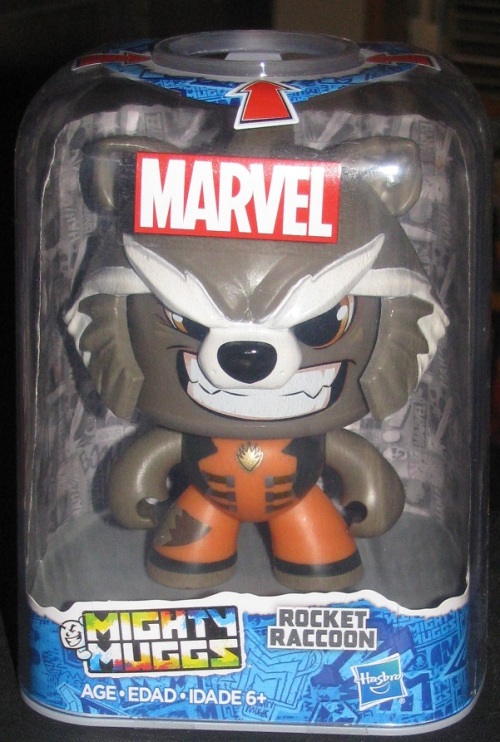 They have a new version out with multiple faces that can be switched by pressing their heads into their bodies.  I already had a chance to show off the new Hulk – check it out on this site – but they released a series 2.  Rocket Raccoon was part of that series and it’s an amazing little piece with some great facial expressions!  The odd one being the Manga version with a uni tooth in the front. 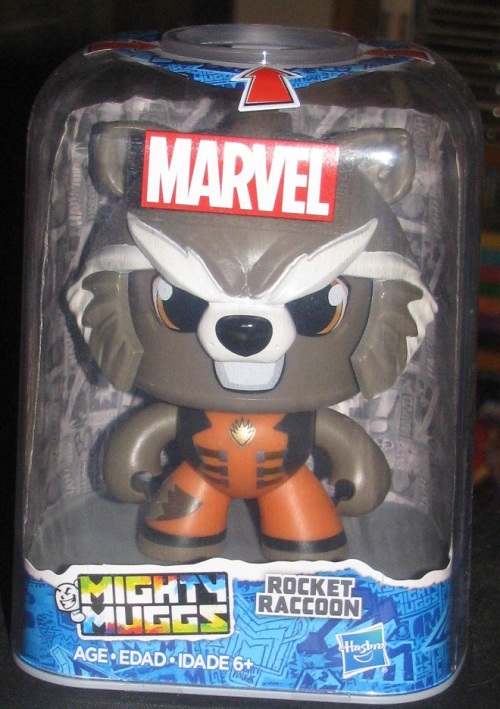