I have been enjoying the Diamond “statues” or dioramas for what they are. More affordable and often because the paint applications or sculpts aren’t as detailed as some of their counterparts, some collectors aren’t very impressed with these pieces.  I can’t say I blame them, but for me, they are a really alternative to the supremely expensive collector’s market of statues.  Sideshow and the like have taken the idea of high end collectables to a different stratosphere with their $600+ pricing on most of their products.  Some say this was an inevitable evolution to the market where as I see it more as a travesty to the entire industry as a whole.  Less people collect statues now than ever before as a result. 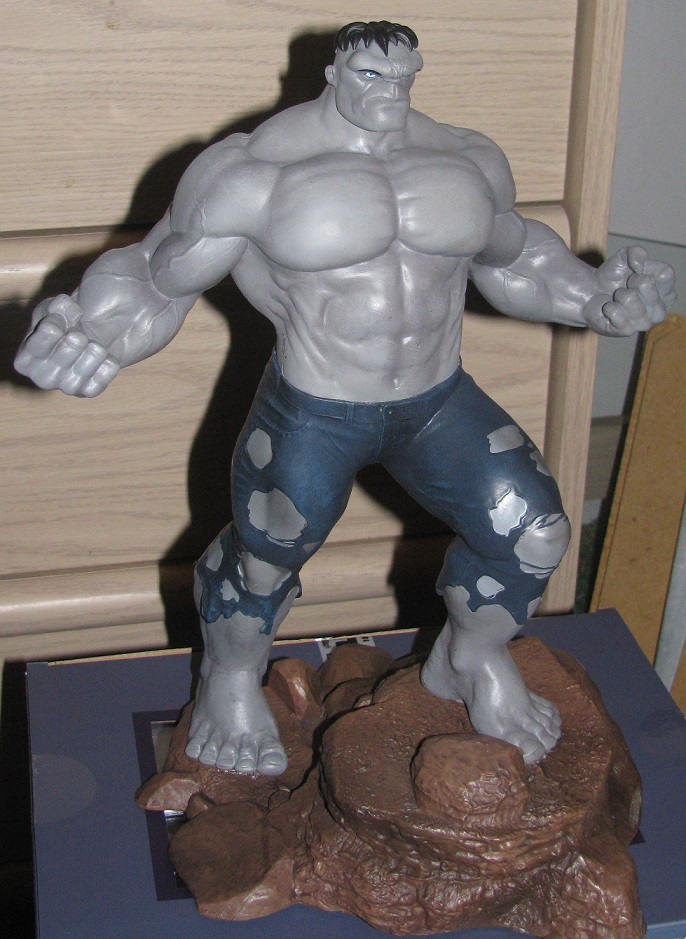 Like I mentioned, Diamond got into the statue game a few years back introducing us to these less expensive alternatives.  Sure they paint applications aren’t as exact – in fact, one of the reasons I don’t have the Thanos piece of theirs in my collection is due to the many run offs I saw on the finished product. 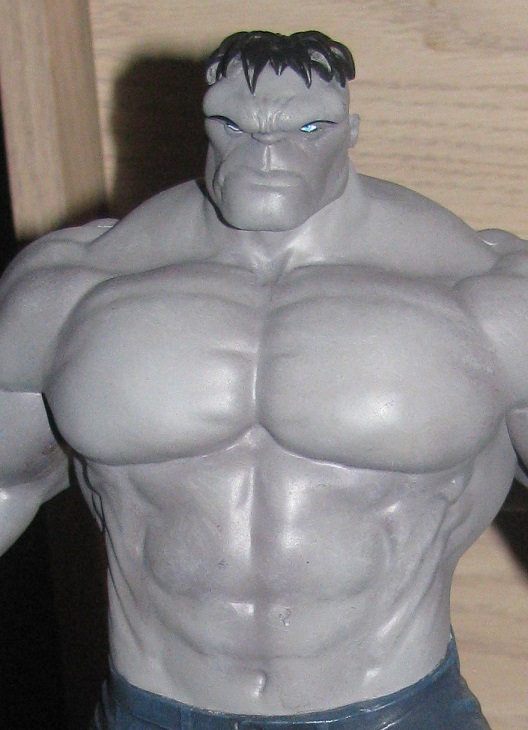 This Grey Hulk is no exception as I’ve noticed a few areas that don’t have the precision to detail you’d like to see but it certainly isn’t an eyesore when displayed.  This particular piece is the paint variant to the green (and, unfortunately, red) Hulk released years before – this time with a new head mold.  I like the grimace that appears on this Hulk as the green piece had too many paint issues on the face with the gritting teeth usually being the culprit of most of the complaints. 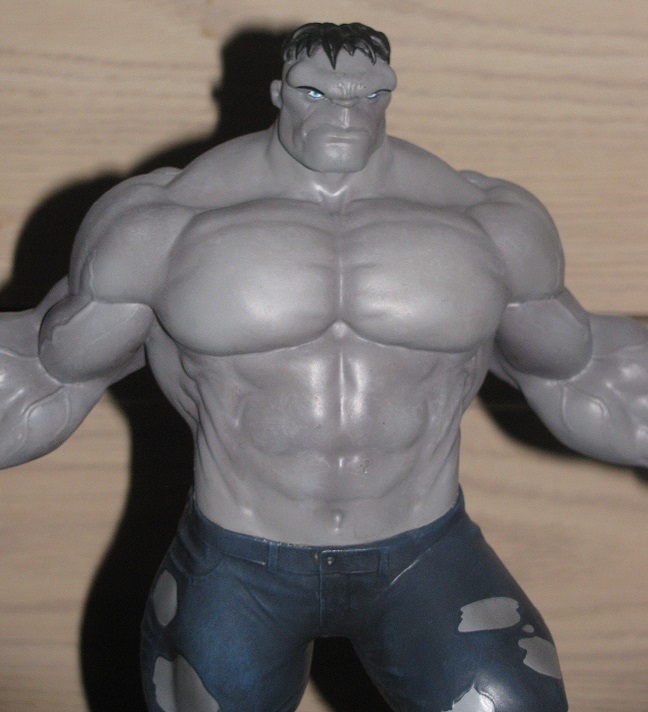 This sculpt has none of those issues as the mouth is left in an aggravated, almost “sour puss” expression.  Unfortunately, this grimace doesn’t really lend itself to the pose that the diorama is in.  While this is not the greatest piece it’s not bad.  Truthfully, I wasn’t willing to shell out the retail on this so I was psyched to find this at my local GameStop, on sale, for an absolute song! 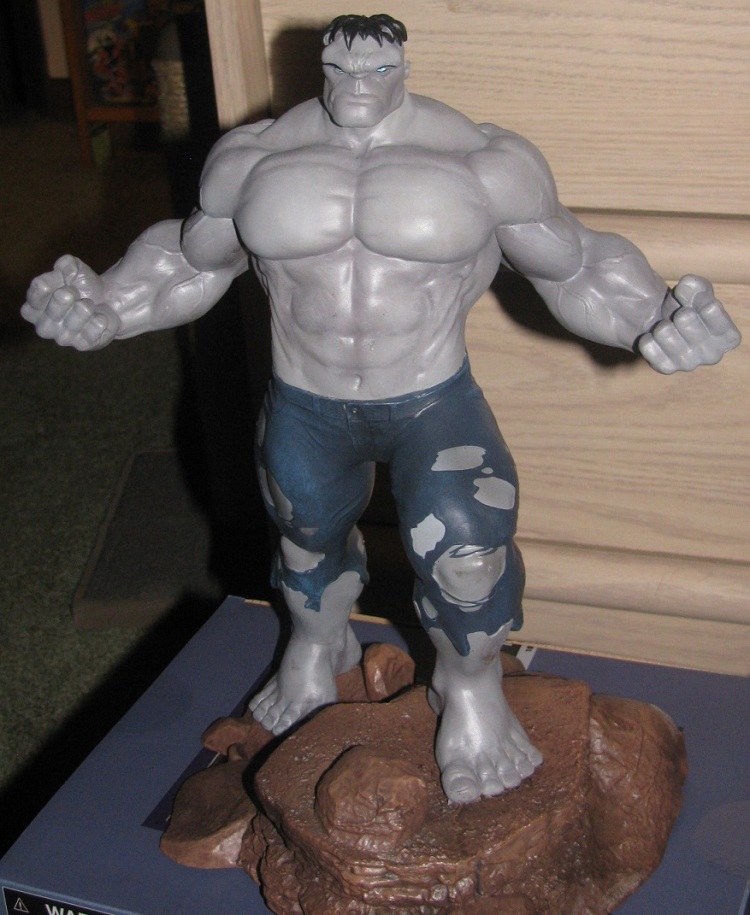