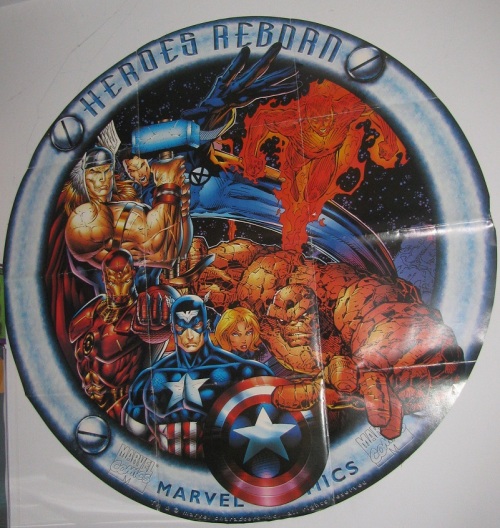 There are recent event comics that were put together better than Heroes Reborn – but that’s not saying much.  The Heroes Reborn catalogue was handled by 90’s superstars Jim Lee and Rob Liefeld.  This was about the time when people realized just how untalented and what a hack Rob Liefeld truly is.  While this poster is actually quite cool looking upon closer inspection you have a to ask what the hell is wrong with Thor’s arm?  His shoulder is bigger than his whole freakin’ head!  What’s with the pose?  Thor is going to double fist Mjolnir’s handle and stand there holding it just above his head?  Humans don’t do that!

If you’ve ever read the stories you know that Iron Man and FF read better than Cap and Avengers but the entire experiment goes down as an embarrassment to not only Marvel but the artists who were involved.  I think we should all be thankful that they used this Cap rather than the appalling Big Boob Cap that has become infamous across the internet!

In Case You Missed It – Round 5 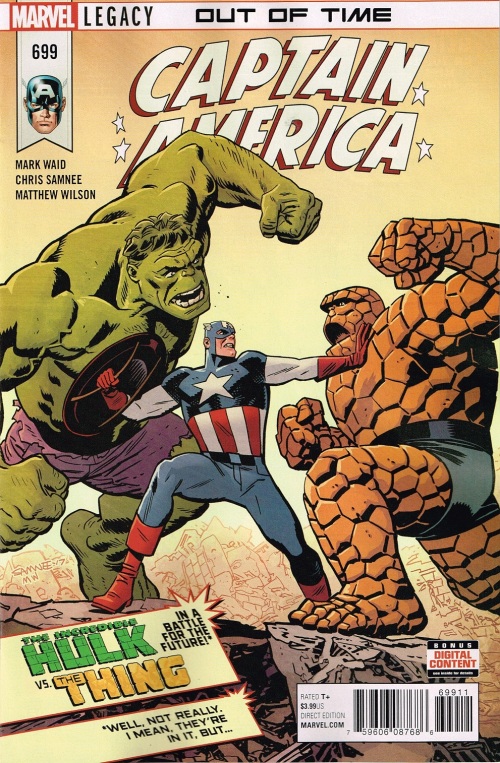 It’s so much fun to talk about the real Hulk in comics once again!  Hopefully I can make this another weekly feature on my site!  Since the Hulk did not appear in the Avengers: No Surrender this time instead I bring you Captain America #699. 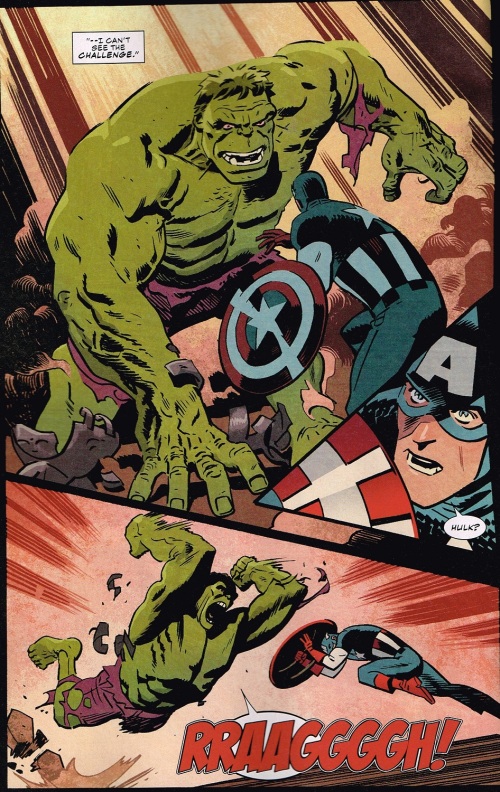 I let you know a few weeks ago that the Hulk will appear in this and in #700 in a month.  There is a decent showdown between Hulk and Cap in the first few pages of the new issue – until, of course, Cap pulls the old “I’ll put a ton of explosives on my shield and let it blow up in your face” against the Hulk.  Oldest trick in the book!  Check it out – it’s still on the shelves!

I am currently working on a MiniMates exclusive post that highlights all the Hulk releases that MiniMates has put out.  There are quite a few too… way more than I ever thought there would be!  Everything from Classic Hulk and Mr. Fixit to Maestro and Nul.  Fan favorites such as World War Hulk to Merged Hulk have all been made – but some of my favorites are, much like this one, a classic Hulk.  Walgreen’s has been having a few Marvel exclusives pop up – the ML Agent Venom was pretty awesome – but this, as far as I know, if the first Hulk related one.  Under the Avengers Assemble banner we have a Hulk and Captain America set.

Alright, let’s just address the match ups they have on the cover here…  Giant Man vs Giant Man – alright I think we have to give this one to Giant Man – either way… Wasp vs Wasp – in this case, because the Wasp is such a useless character, either way they both lose!  Hawkeye vs Iron Man?  Please IM takes this easy!  Now Cap against Thor?  Man, that is a battle I would love to see – but I don’t see Cap faring very well in this scuffle.  Thor is a freakin’ God!  But let’s just address the elephant on the cover… Black Panther vs Hulk… do we really need to discuss this one at all?  Come on!  Laughable at best!  And why is Cap always on the team opposing the Hulk?  Doesn’t he know that that is certain disaster?  This issue was re-printed in Marvel Super Action #16 – but the cover was re-created in The New Avengers #43 – but Hulk doesn’t actually appear in the issue!

This is not as cool as the cover to #230 – but in this issue Bruce Banner is being held captive by Master of the Matrix Eight.  Cap helps Bruce escape in this issue – Hulk helps Cap escape as well – and Hulk also breaks out of Adhesive X – which is a big deal.  A good issue to have – and there’s even a sweet moment in the end where Cap talks about Bucky’s death.

This is certainly one of the best covers ever!  It’s so simple yet – so powerful!  The great part is that this issue follows the story from The Incredible Hulk #231 and not only did the writer of TIH plot out this issue – one Mr. Sal Buscema penciled it!  And even better, want to see the Hulk beat Cap?  Pick up this issue and read the heck out of it!  This issue gets an A for everything about it – including the fact that Moonstone appears in it!