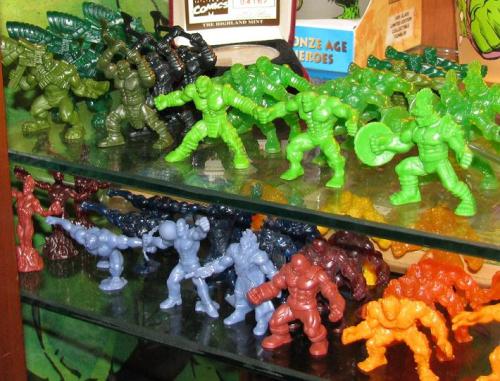 I know this doesn’t really go along with my Ultra-Rare month – but people have asked so… I’ve found the rest of these Hulk figues – and all of the variants.  I am psyched Marvel released these – because we have so many freakin’ Hulks!  Hulk’s they would never make action figures out of!  Dark Hulk? Awesome!  I am not so sure a Wave 3 will be released, and even if it is I am not sure what other Hulks they could possible put out.  There is a Grey Hulk, Mr Fixit, 1st Hulk… I’d be up for a Doc Samson, a Valkyrie, Speedfreak and Aquon!  Or maybe a Wendigo figure… I am still psyched they released the Bi-Beast! 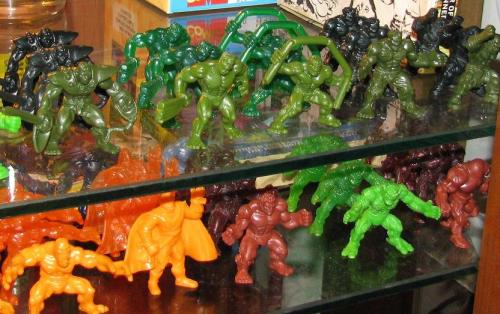 Is there anyone else collecting these?  I know people I have talked to are having a hard time finding them – but I was wondering if anyone who visits the blog collects these as well – and how is the search going?  A special thank you to Gammapup who sent me some of these Hulk figures – that was totally freakin’ cool of you bro! 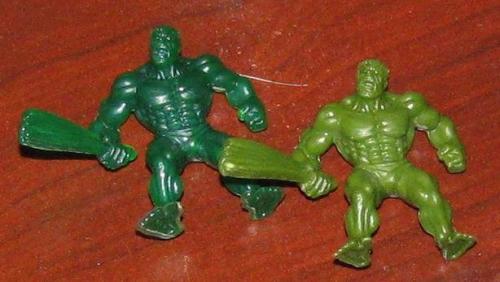 Mindless Hulk - 2 out of the 3 variants

I usually wait to post things until I have them all – but this new wave is so elusive!  I can only find them at Toys R Us – and wave 2 looks exactly like wave 1 – except for the figures inside, well… some of them.  They have re-released some of the Wave 1 figures in new colors – but the exciting part is…

There are 8 – that’s right 8 new Hulks!  There is a Professor Hulk, a Mindless Hulk, an All Ages Hulk (whatever that means), a regular old Hulk, a new WWH, a Dark Hulk, Hulk as War AND a Maestro!  Not to mention… the villains?  Oh yeah – we’re talking Bi-Beast, Zzaxx and Madman!  Freakin’ Madman!  Wow! 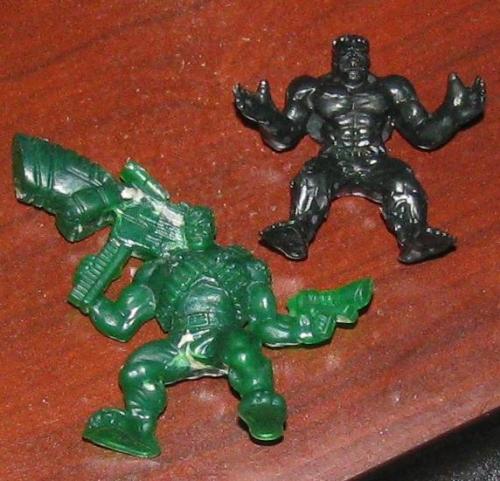 I am not in possession of them all… yet – but rest assure I will be!  Here is a shot of all the figures released – and thank you Gamma Pup for bringing these to my attention!  I actually like these little things! 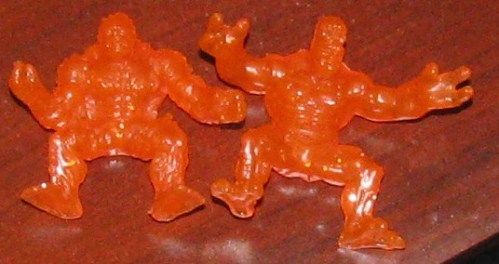 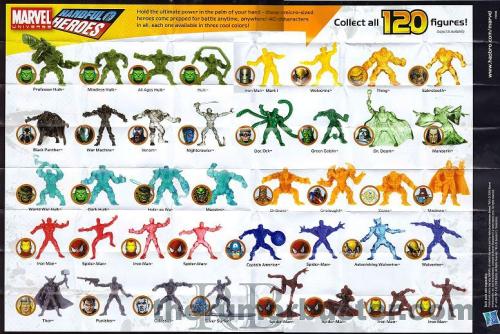 A few of the Hulk villains were also made into these little plastic figures!  Check it out!  Most notably the Abomination is in there – I only got the sparkly (or cosmic) Abomination right now – but there’s also Absorbing Man, Rhino, and Iron Clad.

They’ve made some heroes – that are also some of Hulk’s foes – like the Thing, Hulkbuster Iron Man, and Wolverine.  There’s also a unique choice – a Hulk villain from out of nowhere – Armageddon.  Remember him?  If not go get issues #413 – #416 to refresh your memory.

Posted in Hulk Action Figure, The Abomination, The Absorbing Man 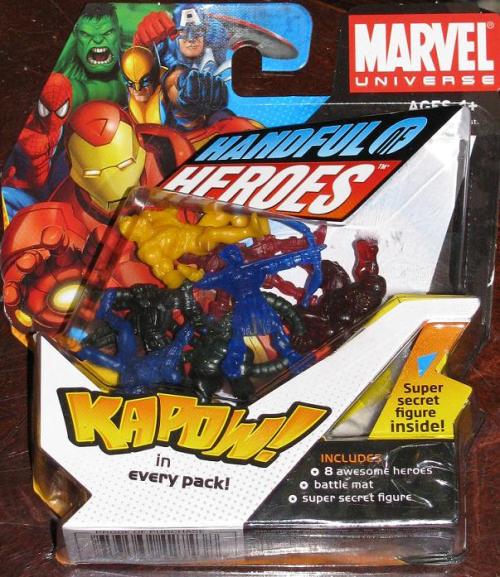 I was supposed to post some of these Friday – but I didn’t have time – and I’m kind of glad I didn’t because I was able to score some more of these Saturday.  They have been popping up in select K-Marts and Wal-Marts – it’s strange how very few seem to have them in – but if you’re lucky enough to see these the great thing is you can make out most of the figures inside.  That makes it possible to try and avoid doubles as much as possible.  It’s not totally avoidable – but good enough.

So, there are forty separate figures – each one has three colors – a solid or matte finish, a clear or translucent and lastly a translucent infused with glitter or cosmic (or “sparkly”).  Most of the more popular characters have at least 3 separate variants.  For Hulk figures there is the classic, Gladiator (or Planet Hulk) and King Hulk (or WWH).  There is also a Red Hulk. 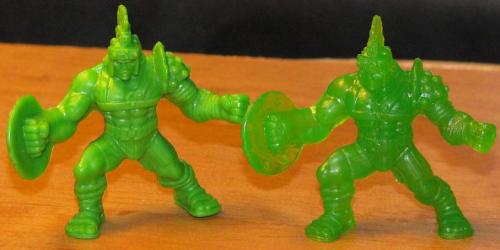 In a strange twist of fate I seem to have gotten all 3 of the Red Hulks but am still seeking out a few of the regular Hulks.  I think these little guys are pretty well done – and each package comes with 8 figures.  If you’re able to track these down certainly pick some up – tomorrow I will be featuring the Hulk villains available.