I have to say, I was expecting a bit more diversity in facial expressions in all the Planet Hulk figures we’ve gotten from the new Thor movie.  This is more comic accurate though – not movie accurate at all. You know why?  The freakin’ OBEIDIENCE DISC!  How hard would it be to… no, nope.  I will not get into this again.  I will just focus on the fact that we have a great representation of the Planet Hulk storyline!  The Marvel Legends is still a fun and great figure but horrendously inaccurate.  The brown pants, the exclusion of the obedience disc, the missing sandals – it just wasn’t a perfect representation of the Hulk from the last classic Hulk story in the past decade.

Like I mentioned, I would of liked to se amore rage filled face, a snarky scowl or something – but we get another Hulk with a slightly annoyed face.  He looks more like he has to watch his little sister’s dance recital than he’s being forced to fight for his life in an arena against alien beings.  I don’t have an open one yet so I can’t speak of it’s poseability, articulation or even a complete paint app because the shield covers his armored arm but from what I can see it looks pretty darn impressive!

Anyone out there buy this and open it?  What do you think?

This isn’t even funny… 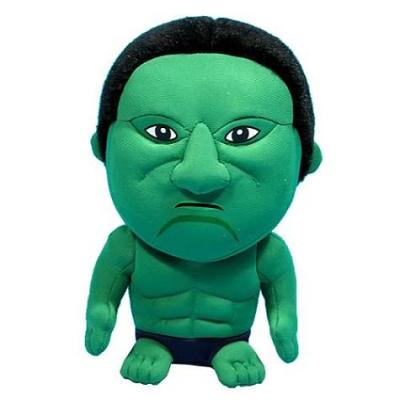 Goodness – this thing is a monstrocity!  I can’t even fathom picking this up to add to the collection!  Boo!  Click on the image if you want to order one – also hit yourself in the head with a tack hammer if you want one of these.  Both makes perfect sense! 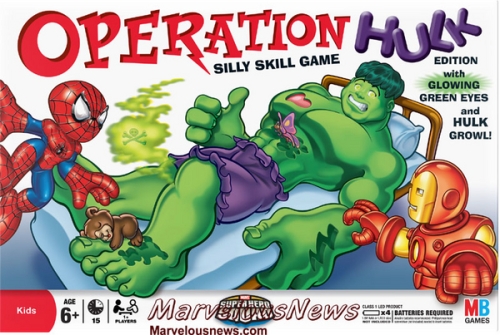 I’m excited because there is a Hulk Operation coming out.  You can take a bear out of his foot and a lightning bolt out of his hand and… what is coming out of his shorts?  A deadly gas?  Ummm…

This Hulk Bank is also coming out!  Take a look by clicking on the images!  Woo-Hoo!