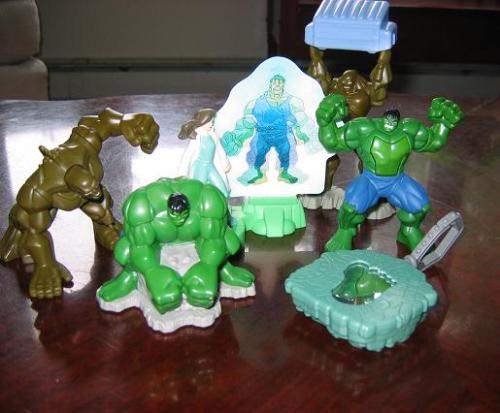 These took me a while to get because they usually all don’t arrive at Burger King all together.  They get one shipment – then weeks later they get another with different toys.  There are 6 different ones you can get.  Here’s my rundown: 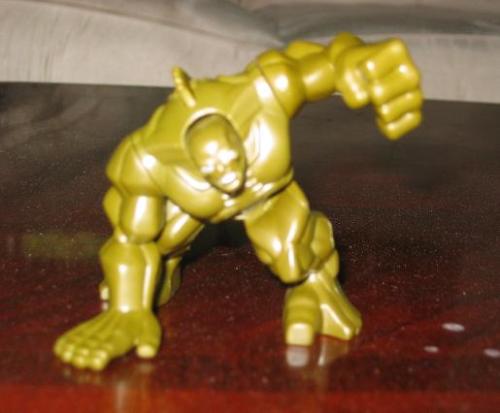 Terrible Pic – but this is the Spike Abimination.  You can push his spine down and then punch him in the face and his spine will shoot up again.  No articulation to this guy – but that’s okay.  Weird pose as well.

Here’s Hulk Smash!  This is the classic double fisted pounding groiund slam by the Hulk.  Again, no articulation and the only attribute it does have is that it makes a funny sound when you slam it down.  I like that his fists are DOUBLE the size of his head.

This toy is unique because it’s the only Hulk toy EVER that features Betty Banner.  Really!  Betty Banner has never had an action figure or bust or statue.  Spiderman’s wife, Mary Jane, has all 3!  But not Betty.  Even when the ’96 Cartoon was out and Betty was a huge part of it – still no toy – she’s been in every Hulk cartoon created!  But you won’t find a figure.  Until now that is!  And kudos to Burger King for making this toy.  Betty stands on a round base and spins while that picture of the transforming Bruce sways back and forth giving the illustion that he is “Hulking Out!” 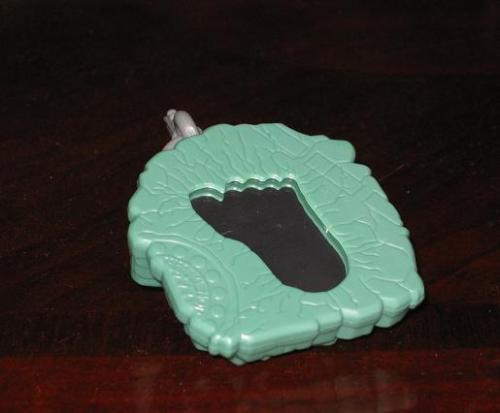 I thought this was going to be my least favorite toy.  I was wrong!  It’s a little key chain that looks like a mirror of the Hulk’s footprint.  But when you pull on the plastic chain part the mirror glows with a Hulk face behind it!  What’s that?  You want to see what it looks like all lit up?  Don’t be so lazy!  I can’t do everything for you!  Go to BK and demand this toy!  Then see for yourself!

Finally!  A toy with a little articulation!  Hoist Abominatin’s arms up and put the dumpster on top of them.  Then press the little button in the back and he will send the dumpster flying!  Not really, but if you push it a little more then it will seem that way! 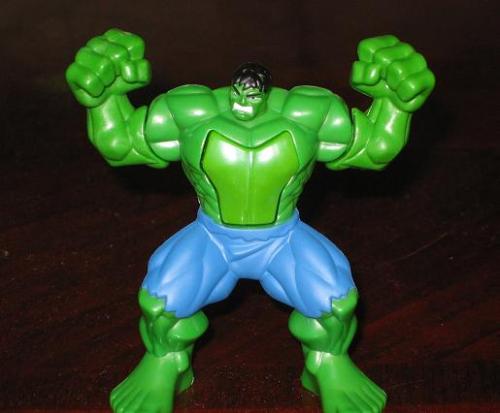 And, last but not least, we have Power Flex Hulk.  I think this is the toy that will be sought out the most – but it’s the least impressive.  What looks to be a cool toy is actually a toy that you can’t do much with.  When you press a button on the back his abs stick out a bit and he flexs his arms.  But what can you do with a toy like that?  He can’t really fight anyone on that pose!  He could look into a mirror and admire himself – but how long can you play that?  20 minutes at the most?  Maybe you could use Betty to stare at the Hulk while he poses!  You could get another 37 minutes out of this toy then…