The Answer! I WIN!

I told you I was going to step up my game here – and it looked like it worked this time around!  No one guessed that this was from The New Avengers: Fireline #6 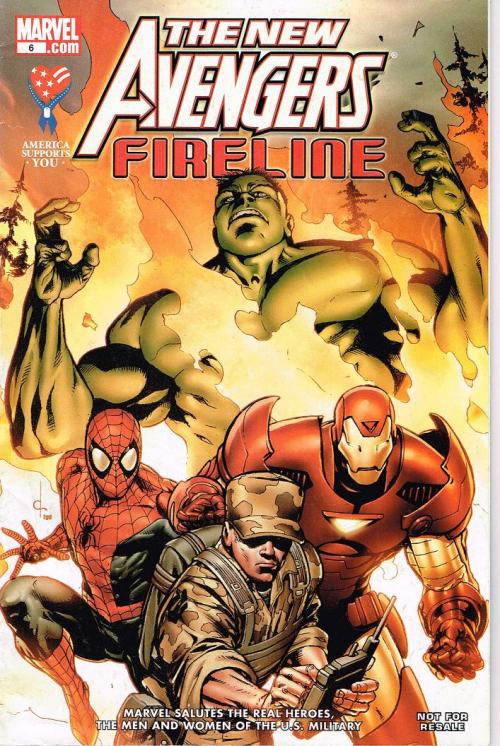 Last Chance for Guess That Panel!

If no one guesses the answer by tomorrow I will post the answer!  Good luck! 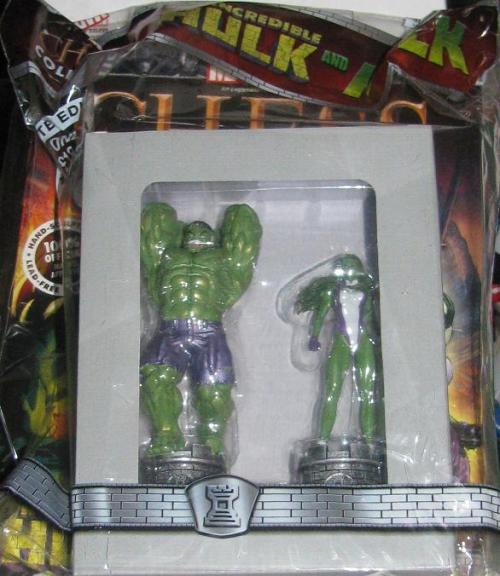 Eaglemoss was the company that released the lead figures.  The Marvel Universe line was beginning to scrape the bottom of the obscure barrel as more and more unknown characters were being produced.  A smarter route might have been to save some of the more popular characters and space them out between the obscure characters through out the year.  Either way, one of the statements made by Eaglemoss was they were not going to re-issue characters.  While this was great news that we weren’t going to end up with 15 different Spider-Men – we also didn’t get the different personalities of the Hulk.

Chess pieces!  True to Eaglemoss’ word they never re-released a character in the lead form, instead they started a new (and somewhat ingenious) line of chess pieces.  For one reason or another they decided to release the Hulk and She Hulk together.  This is not a problem – as I most likely would have picked up both anyways –  but other people don’t even have the choice!

The best part, as usual, is the collector book it comes with covering the history of the two characters – but I will say I was disappointed with the choice of art for the cover.  Why cut and paste these two together when we already have a fantastic piece of art that contains both of these characters?  The Adam Kubert masterpiece from Marvel Vision #18 which is absent from the whole book.

Marvel did release a chess set a while back but the pieces are not up to the standard that these pieces are.  The original set had the Hulk and Abomination squaring off – which was cool – but the She Hulk companion piece here is so amazing looking!  Another set was released in 2003 with a Hulk piece as well – but the Eaglemoss figure still blows it away!

Duggan finally did it – he made me NOT look forward to the next issue of his spectacular run thus far.  He put Deadpool in the book!  I’ll admit it though, Deadpool wasn’t all that bad – he did link it in so that it made sense to have him there AND he handled the one issue every Hulk reader has been asking about since the beginning of the Omega story line: Is Hulk really going to de-power the original and great Sensational She Hulk?

Before we begin the actual review I am going to give a huge shout-out to Bagley for finally bringing back some artistic consistency to the Hulk title.  Not only does the cover art mirror the illustrations inside – the cover actually gives a snapshot of what happens!  This probably isn’t the biggest deal to many – but to me it really affects the overall reading experience.  So, thank you, Mr. Bagley, for not only providing some spectacular artwork to marvel at but also for providing the constant that the Hulk has been lacking in the past few years.

Here is the biggest hurdle in destroying the gamma-beings that litter the Marvel U: we actually LIKE some of them!  We want some of them to exist and to continue to be around!  This includes the original She Hulk;  Jen Walters is a bad-ass!  Not to mention, she has a long and fantastic run in the Marvel U as an Avenger and part of the Fantastic Four!  Wait, are we still allowed to mention the FF on a blog about Marvel?  Anyways, let’s not forget about the great gamma powered villains that we need – such as the Leader!  Sure, the last we saw him he was red – but I don’t want a Hulk universe without the Leader in it!  If my choice is a red Leader or none at all – I would crow “Give me red all day long!”  Thankfully, Duggan has written a clever way out of that debacle.

The rogue AI that Doc Green has created and then lost control of?  Well, it knows every step the Doctor is going to make – and while that’s scary enough – it has teamed up with the Leader.  When Greenie shows up to “cure” the Leader – after a quick battle and an even quicker injection – he leaves thinking ‘job done’.  It’s both true and not… while the cure does exactly what it’s supposed to and Sterns is reverted back to his vulnerable and of average intellect human self the change only lasts a minute as he begins to become the familiar hue of emerald.  The AI converses with the lunatic who is all but enthusiastic to be his large-headed and green self.

This issue wouldn’t be perfect without setting up the battle royal that the good doctor is in store for in the next issue.  Deadpool locates Ross and points Doc Green in the direction for what has to be the most anticipated smack down of this entire event!  Are we finally going to see Red de-powered?  Will the Hulk finally be able to pull off the one thing that every Hulk fan has cried out for ever since the Loeb series proved itself to be a crap shoot of misfirings and ill-conceived plot devices.  Grade: A (for both) 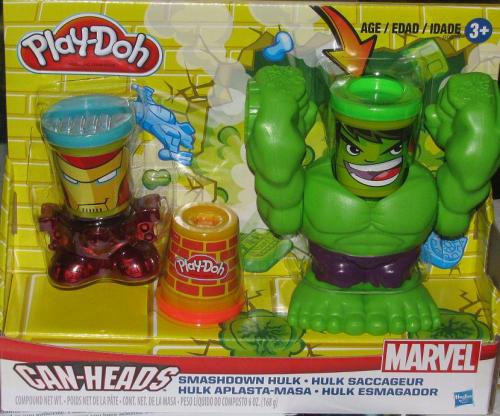 As more and more companies are getting the Marvel license we are treated to merchandise that you’d never thought possible.  Here we have one of (and the best, I might add) new “Can Heads” being brought to us by Play-Doh.  For years Hulk fans shouted the mantra “Hulk Smash” and now that iconic phrase adorns so many different pieces.  It’s truly a new and fantastic age of Superheroes.  This here is the Hulk and Iron Man set where Hulk can finally smash something that isn’t actually going to be destroyed – Play-Doh!

Fun story – I bought this set for my son and opened up the first can.  He immediately scraped some green stuff out and ate it.  No lie – he straight up didn’t even hesitate – just popped it into his mouth and and swallowed.

I have no real love for bobble heads – but I pretty much have every Hulk bobble head they’ve released.  I thought this was another one of those bobble heads and it was an easy pass – but that’s not the case, really.  These are different – but still sort of the same.  Keep in mind, I don’t have one that I’ve opened up, just the one in the package that you see here, so I only know what you can tell by looking at it and from what the package says – but apparently, with the help of solar power, this Hulk will dance the day away.  I am pretty sure the Hulk himself would get a kick out of seeing himself sway and bob so this little piece is pretty fun.  Perefect for the dashboard of your car!

Which do You Prefer? 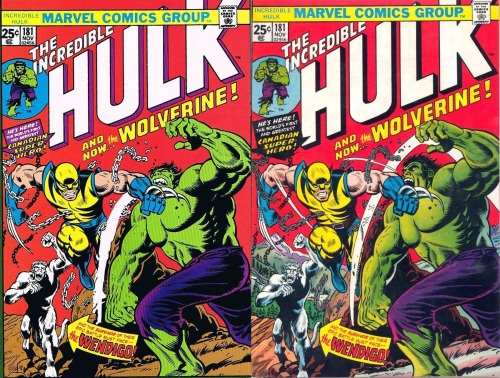 The Trimpe original or the Romita clean-up?  And why?

I prefer the original – but I don’t condem the people who like the published product.