The Marvel tumblers they release are certainly plentiful – I hate to admit that I am such a sucker for these things I snag every new one I see. Marvel seems to be getting smarter though as they are printing two different characters on one cup.  This one features the Hulk and Cap – which is perfect – me and my daughters favorite characters sharing one cup!  Even better the Hulk is a Sal Buscema!  Who doesn’t love the sound effect ZUNG?  Does anyone else try to make the sounds when presented in the issues?  Only me?  Well this is awkward…

Name of the Game: A Year of Hulk Confusion – Week 4

There might be times where we are all a bit confused – and this year we will explore the times that the Hulk has no idea what is going on. Even the times when he isn’t sure what to do or where to go… It’s a year of confusion!

This pic says it all: 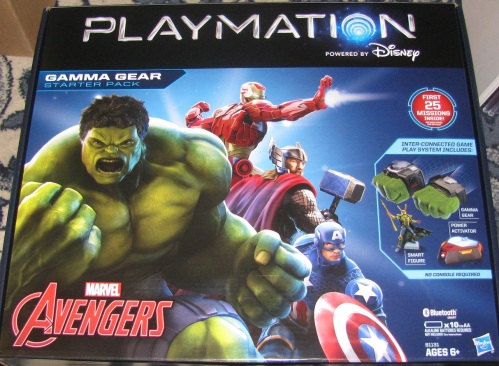 Now, I have seen lots of great sales at TRU – usually if you’re patient enough sometimes you get away with a steal!  in 2003 I nabbed a Hulk Christmas Tree for an amazing get of 10 cents.  That’s a dime – that is it – for a tree they were asking $40 for.  I knew things were not going to go well for Marvel’s Playmation line when it was released AFTER every other figural video game.  After Infinity, Amiibo, Dimensions – out comes Playmation.  Truthfully, I was ecited to get another Hulk figure – but when I saw the Hulk fists sets I was bummed.

There was no way I was going to pay $79.99 for a set of Hulk fists that I wasn’t even going to use!  Even worse, there was another pair in a larger set that ran over $100.  Either way I didn’t lose too much sleep over it.  This past Christmas season I was in TRU when I noticed all Playmation was on insane sale!  We’re talking figures were just $2 and the Hulk hand sets?  The Hands were $12.99 – the larger set was $14.99.  That is cheaper than the Hulk fists when they first showed up on the shelves! 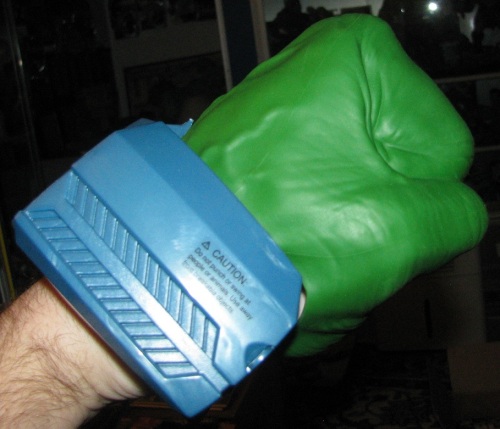 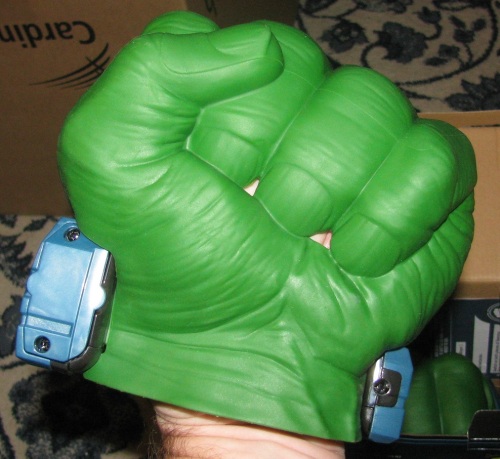 I didn’t really know what to expect when I took these home but upon opening then I was pleasantly surprised to find a pair of rubber hands, sculpted very well, that look just as good – if not better than the 2008 release.  They have holes between the fingers to let air in so that your hands don’t sweat and due to the controls inside they have a bit of heft to them to make them feel substantial.  Of course, they don’t make sounds – but that’s fine by me. 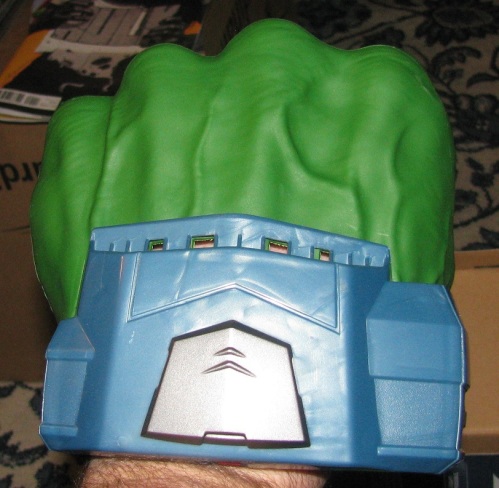 The two sets are pretty similar except for the base on the hands which, as you can tell, are different colors.  I like the blue a bit better but the grey is kick ass as well.  Even if you don’t plan on playing the game the hands are worth the pick up for the price I paid – regularly… not so much.  Even if these aren’t on sale anymore keep an eye out – I wouldn’t be surprised to see these on the clearance racks soon! 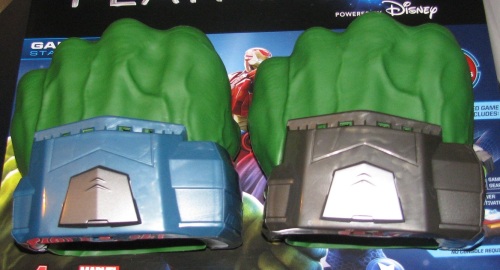 Sal Buscema shaped who the Hulk was for a lot of the die-hard fans out there.  His Hulk is easily one of the most identifiable ones out there.  Happy birthday my good man! 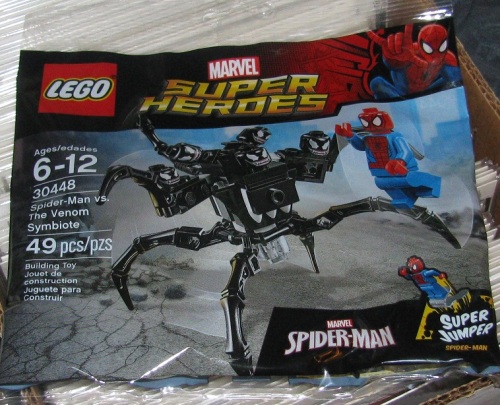 Nothing is cooler than when Lego creates a set that is out of this world – a set you’d never expect to see – and they did it this time when they released this gem.  The Venom saga is one of the most enjoyable and crazy violent reads in the Marvel empire.  Somewhere along the line Venom, while still bonded with Eddie Brock, sprouted multiple heads – and it was amazing – this set is too cool because it shows the symbiote sprouting 5 heads! 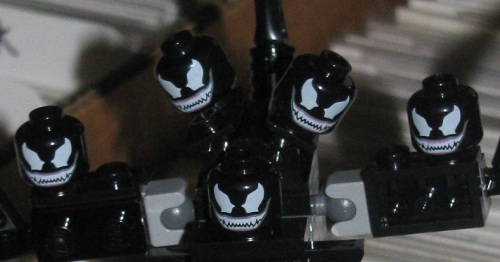 It also has a super creepy spider theme with it.  It makes this figure a must have!  It also comes with a Spider-Man figure – but who cares?  Look at this freaking thing!  The Venom figure that was released before had only a few tendrils that you could spin on it’s back.  This set gives the real chaotic feel of what facing a symbiote must be like.  I think these are still available at TRU – do yourself a favor and pick it up today!  I have a feeling once this set is sold out you will have a hard time finding it! 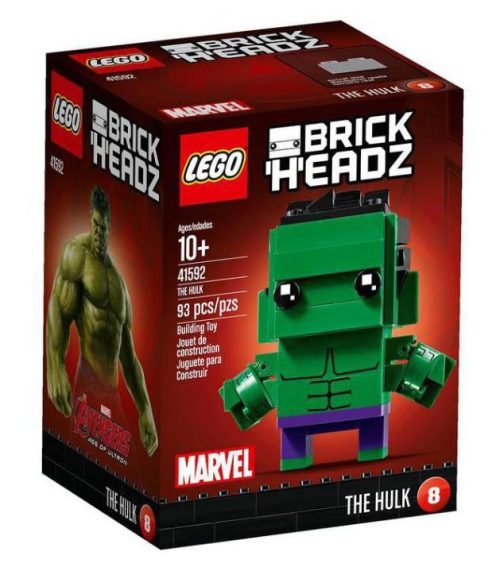 I’ve seen these in the stores with a master of the Universe theme – and even a Hellboy which I thought was sort of cool – but I’ve never bit the bullet on buying one.  I just don’t know if the concept works exactly.  Either way though, we have Marvel ones that are coming to retail soon.  Does anyone think they’ll pick it up? 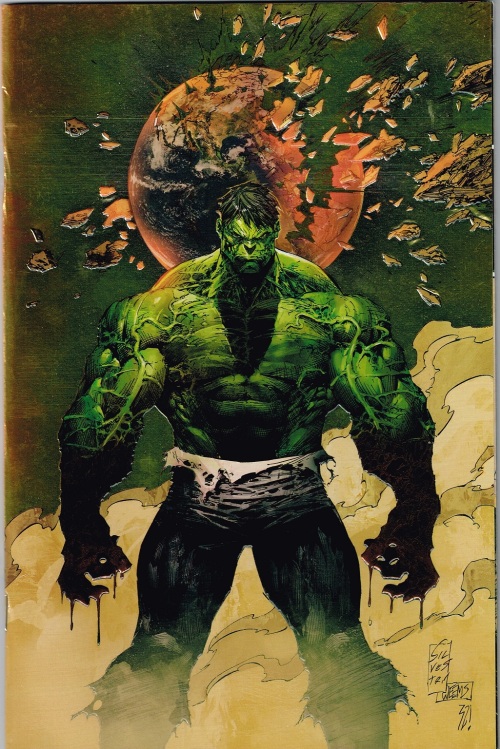 This Italian version of Jason Aaron’s reboot of Hulk #1 was just too beautiful to let it sit on eBay.  I just had to snatch it up – I mean, look at it!  Yes, Silvestri’s Hulk is not the perfect representation – and he had quite a difficult time selling the original art for an astronomical price – but this is a great cover enhanced by the foil!  This variant contains not only the first issue of the Hulk but also Marvel’s Point One, Defenders #1 and (Red) Hulk #42.  It’s a monster for sure but also includes all the variant covers to the issue inside.  Seeing variants like this from across the pond is so beautiful – it’s a shame they don’t release books like this here! 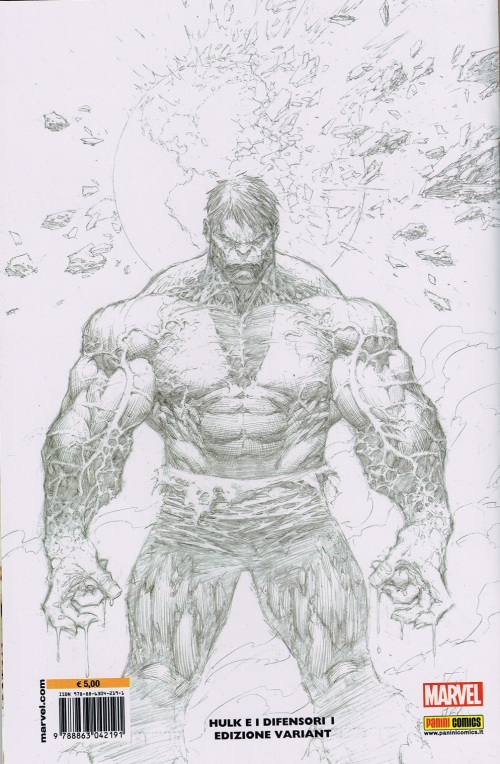 I will be featuring a video today, Tuesday,on the FB page for this blog – if you haven’t liked the page yet you totally should!