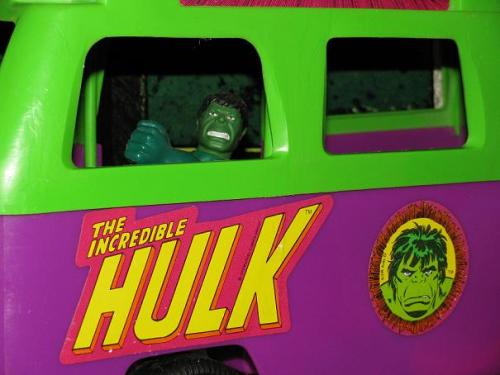 I think it’s funny that the head honchos at Mego thought it would be a good idea to put the Hulk behind the wheel of his very own Hulk Van – so not only is he a menace to other drivers – he’s also really vain about it!  I mean, sure, if the Hulk wants to drive – by all means – but really?  Does the Hulk have a desire to tear up the roads in a mini-van?  If anything why not give him a Ferrari? 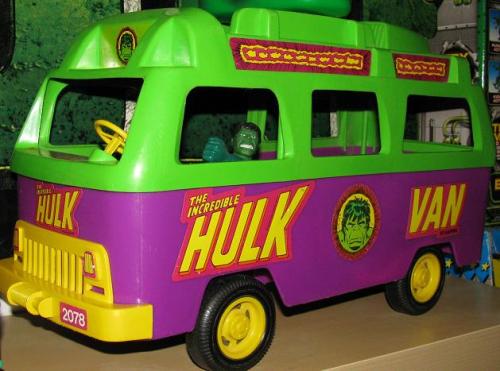 What is he going to do – give the other superheroes a lift?  Look, I had a mini-van when I was in high school – I inherited it from my parents.  I loved it – but I was also the one who always did all the driving, mainly because all of my friends could just pile right into the back and party while I had to try to concentrate on the driving with screaming maniacs behind me.  That’s all good and fine – but I’m telling you – that van became a curse! 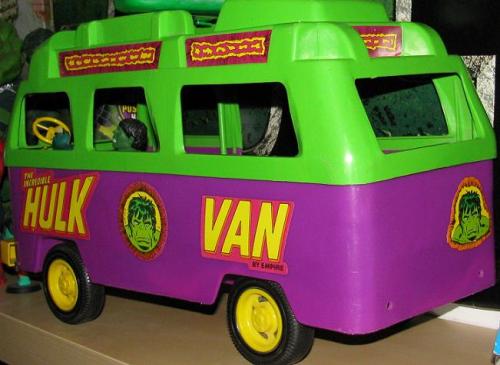 Maybe I would have liked the van better if I had my name scrolled across the top… something to think about in the future…  I kind of wish they made a vehicle for the 12″ figures they put out – but hey, Hulk doesn’t really need a van since most of the time he jumps from place to place.  Mine is in beautiful – but incomplete – condition.  It’s missing the accessories, like the sliding door and the back bumper – but maybe I will find those pieces in the future.  Now, I know of a Hulk Helicopter that is out there – and while I don’t have one yet… I am always on the hunt for one. 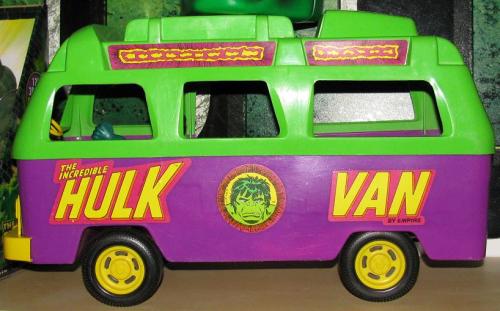 A Grail for any Hulk Fan!

This entry was posted in Green Hulk, Hulk Cars. Bookmark the permalink.